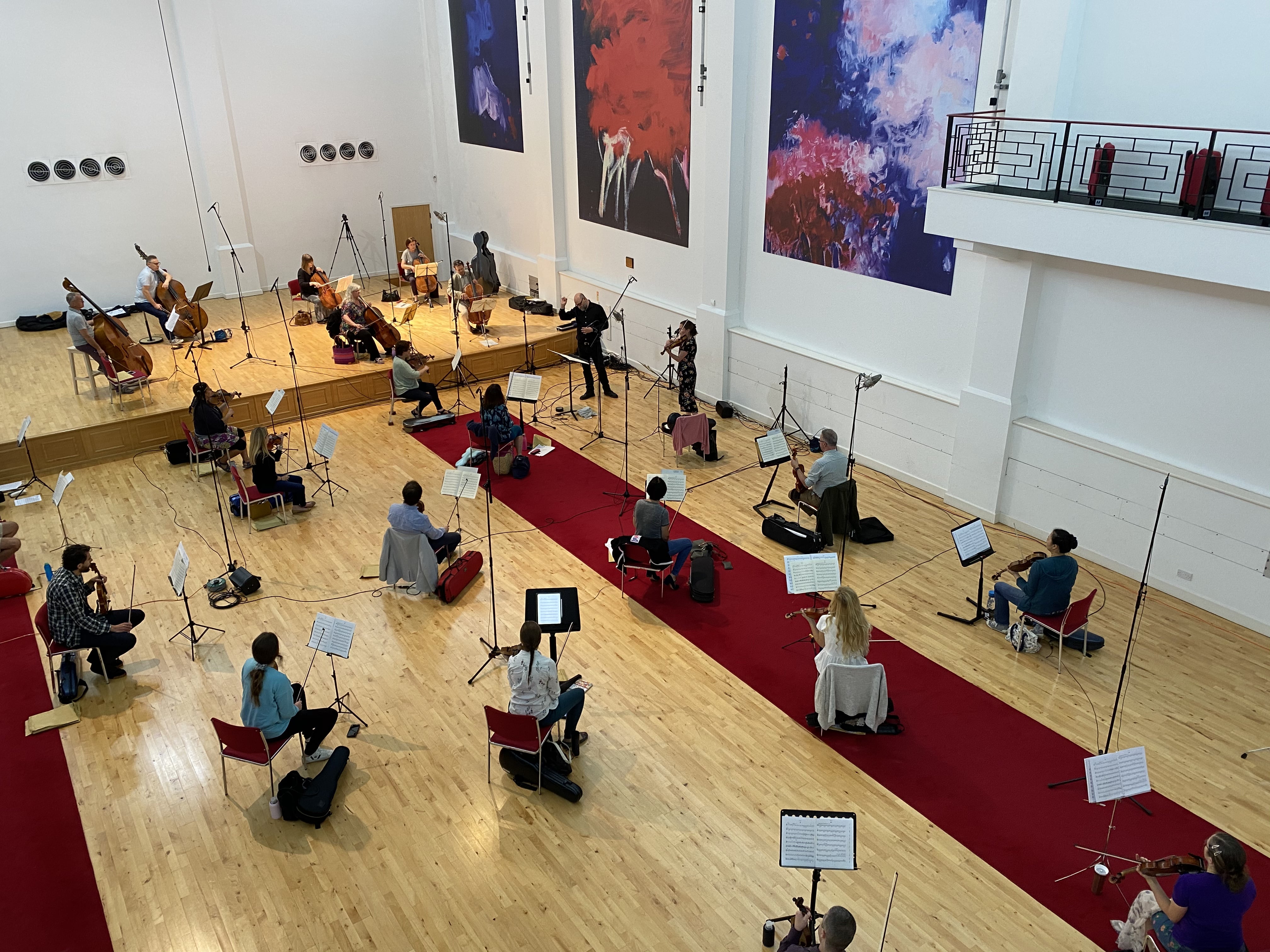 On the 12th and 13th of July, the musicians of the ESO gathered for the first time since lockdown to perform the programme they had been scheduled to play the week after lockdown. Founded in 1980 as the English String Orchestra, the ESO is one of the longest established professional string orchestras in the world. Tchaikovsky’s Serenade for Strings is one of the mainstays of the string orchestra repertoire and was one of the first works the ESO recorded for Nimbus in the 1980’s. Now the ESO bring a new masterpiece by Tchaikovsky into the string orchestra repertoire, his String Quartet No. 3 in E-flat Minor, newly orchestrated by Kenneth Woods. The ESO have previously recorded Woods’ orchestration of the Brahms A Major Piano Quartet, and that was chosen by The Arts Desk in London as one of their Ten Best Classical Recordings of 2018.

Holocaust refugee composer Mieczysław Weinberg was forced to flee his native Poland and settled in the Soviet Union, where he became closely associated with Dmitri Shostakovich. A prolific composer of over 20 symphonies who also wrote for the many giants of 20th C Russian music, including David Oistrakh and Mstislav Rostropovich, celebrations of the 100th anniversary of his birth in 2019 sparked a major revival of his music. These saw the ESO preparing one of the first UK performances of Weinberg’s soulful and haunting Concertino for Violin and Strings with the ESO’s Leader, Zoë Beyers, as soloist.

Recording on Nimbus Alliance scheduled for release in 2021