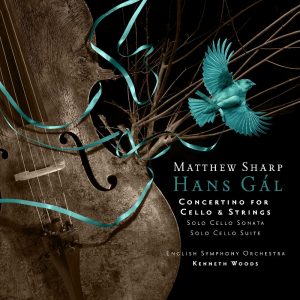 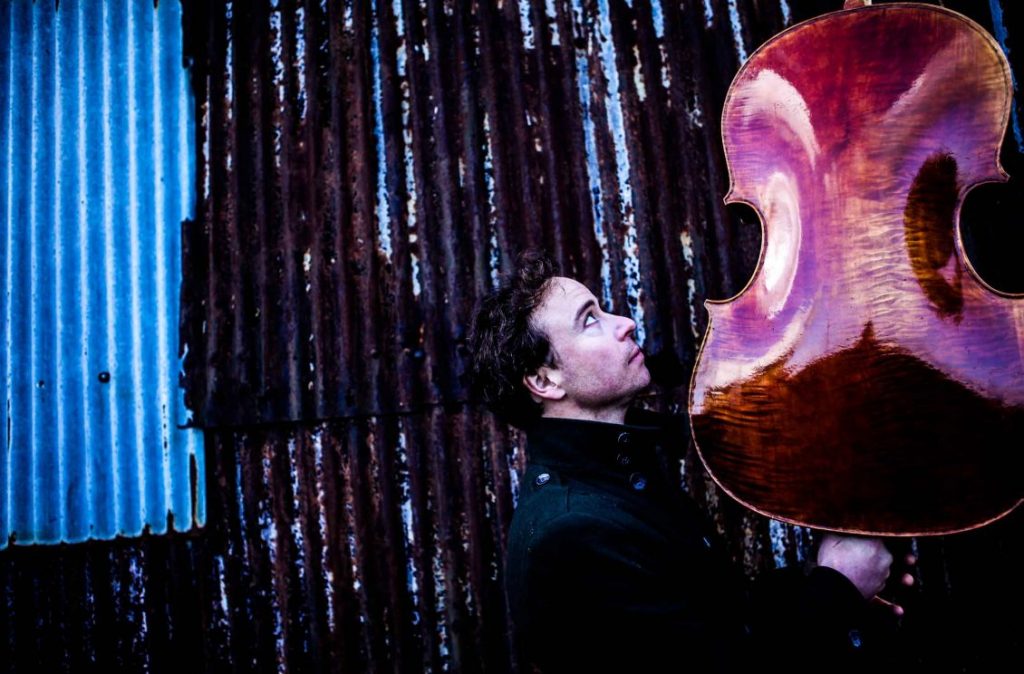 Bringing to light another of Hans Gál’s gorgeously melodic and finely crafted scores, AVIE presents the world premiere recording of the Austrian émigré’s Concertino for Cello and String Orchestra with Matthew Sharp supported by Gál aficionado Kenneth Woods conducting the English Symphony Orchestra. Gál’s compositional output was vast, varied and consistent, from his early success in 1920’s Germany, through internment during World War II, to his days in Edinburgh where he settled, became a respected academic and lived out his long life. His vivacious Cello Concertino was written in 1965, when he was 75 years old. The two spirited solo cello works were among his last, written at the age of 92.

THE GUARDIAN
Less familiar but very much worth discovering, the music of Hans Gál is explored on a new release from cellist Matthew Sharp. Gál, a refugee from Nazi Austria who settled in Edinburgh, is a genuinely intriguing neglected composer, and his work – old-fashioned but not derivative – is finally beginning to receive its due. Sharp is soulful in the unaccompanied Sonata and Suite, and is joined by the Gál-championing conductor Kenneth Woods and his English Symphony Orchestra for the angular but yearning melodies and Tippett-like, spacious string writing of the Concertino for Cello and Strings, in its first ever recording. Five Stars” Erica Jeal
BBC MUSIC MAGAZINE
“…three substantial movements that demonstrate impeccable craftsmanship and tightly knit organisation of thematic material. A strong vein of melancholy runs through the first two movements, in which Gál plays frequent homage to Robert Schumann…Matthew Sharp is an impassioned advocate and the English Symphony Orchestra strings under Kenneth Woods, supported by a warmly ambient recording, give committed support….” Eric Levi
THE STRAD
“….the work is hardly modest in scale and offers a broad range of emotions, from the melancholic Adagio to the energetic and lighter finale. Both Matthew Sharp and Kenneth Woods are truly committed and offer a most persuasive reading.” Joanne Talbot
THE TIMES
“More unusual repertoire arrives from the versatile cellist Matthew Sharp on the Avie label’s latest excavation of music by Hans Gál (★★★★☆), another Jewish composer buffeted by the mid-20th century, but one with inner reserves that allowed him to pour out lyrical beauties through his long life as though it were always 1901. Vividly captured in warm acoustics, Sharp’s cello is beautifully stylish and heartfelt in Gál’s two late solo suites and the first recording of the 1965 Concertino — sombre and wistful music, undeservedly forgotten.” Geoff Brown
MUSICWEB INTERNATIONAL
“Cello soloist Matthew Sharp plays outstandingly throughout, with deep concentration and a telling blend of artistry and control. Striking are the vivid colours and glorious tone he produces on his cello, a copy of the ex-Pergamenschikow Montagnana by Robin Aitchison.In the Cello Concertino one senses the calm assurance of Kenneth Woods conducting the English Chamber Orchestra who play with vibrancy and a convincing feel for the idiom.” Michael Cookson
MUSICWEB INTERNATIONAL
“The performance by both soloist and orchestra sounds excellent to me, and I very much enjoyed it… A very successful release…” Bob Stevenson