“To my ears, Fraser’s richly upholstered orchestration works a treat yet also manages to be astutely appreciative of the simmering passion and sense of loss that permeate this wistful creation (the Adagio slow movement is especially affecting). Plaudits, too, for Woods’s characteristically lucid and fervent performance with his own English Symphony Orchestra, opulently captured by balance engineer Simon Fox-Gál.” Andrew Achenbach, Gramophone

“The result is pretty remarkable. Fraser hasn’t just translated Elgar’s notes into rich and powerful orchestral terms, he as added (discreetly it must be said) the kinds of touches of colour and splashes of figuration Elgar himself might well have introduced. It really sounds like Elgar… beautifully realised, performed with warmth and understanding, and sympathetically recorded. Same too with the Sea Pictures” Stephen Johnson, BBC Music Magazine

“Woods makes a fine case for expanding the late Piano Quintet into something that sounds like a three movement Fourth Symphony. Fraser’s orchestration fills out Elgar’s spare writing with great pomp and circumstance, and the finale sounds exhilaratingly Elgarian.” Hugh Canning, The Sunday Times

“October’s performance under Kenneth Woods in the appropriately named Elgar Concert Hall at Birmingham University was a revelation… This triumph of transcription deserves to be heard worldwide.” 2015 Premiere of the Year, Classical Music Magazine

” [One] of the most exciting events I have experienced during a reviewing career approaching half a century involve symphonies Elgar never wrote…. deserves to be acknowledged immediately as a worthy addition to the Elgar canon.” The Birmingham Post 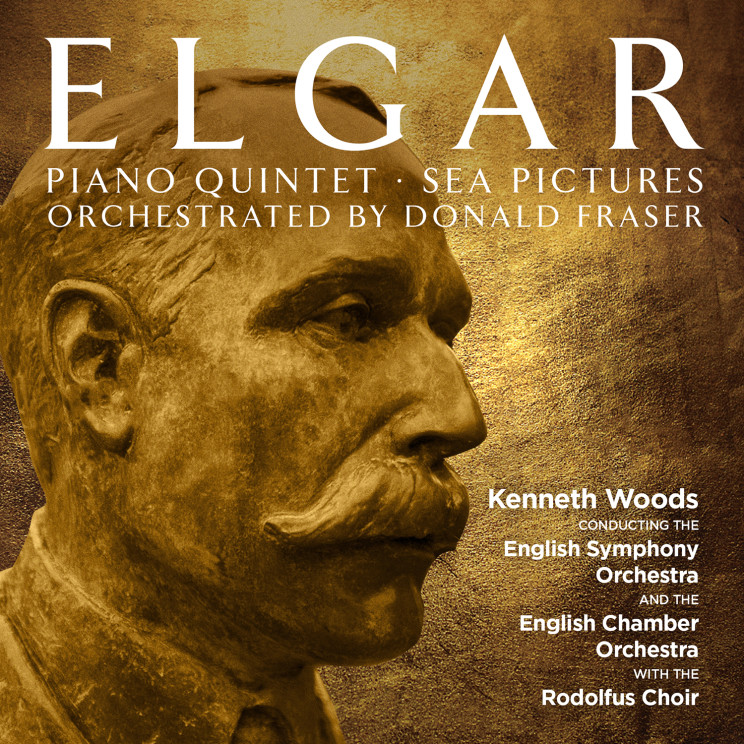 One “of the most exciting events I have experienced during a reviewing career approaching half a century,” was the verdict of the Birmingham Post’s critic after hearing the premiere performance of Elgar’s Piano Quintet in a new orchestration by Donald Fraser, with Kenneth Woods conducting the English Symphony Orchestra. This version, which was also named a “Premiere of the Year” by Classical Music Magazine, appears in a studio recording alongside Fraser’s choral arrangement of Elgar’s Sea Pictures with Woods conducting the English Chamber Orchestra and the Rodolfus Choir. Fraser has frequently orchestrated works by Elgar at the behest of individuals and organisations including Yehudi Menuhin and the Elgar Society. These two new arrangements will appeal to orchestras and choirs worldwide, and the recording will spread Elgar’s music to yet a wider audience.