A fantastic feature in the current issue of Musical Opinion on the Fifth Symphony of Matthew Taylor, which we will premiere on the 9th of June in Cadogan Hall London on programme which also includes Beethoven’s Fifth Symphony and the Mendelssohn Violin Concerto with soloist Pavel Sporcl.

“Looking back across 35 years of creativity, it quickly becomes evident that such thinking has always been an essential part of Taylor’s compositional make-up (as with David Matthews and John Pickard, few of his works eschew some aspect of the symphonic). Gratifying then, that he has persisted in such endeavours in a cultural climate that was made unfavourable first by ideology and then by commerce; one which the English Symphony Orchestra is now in the process of tackling.” 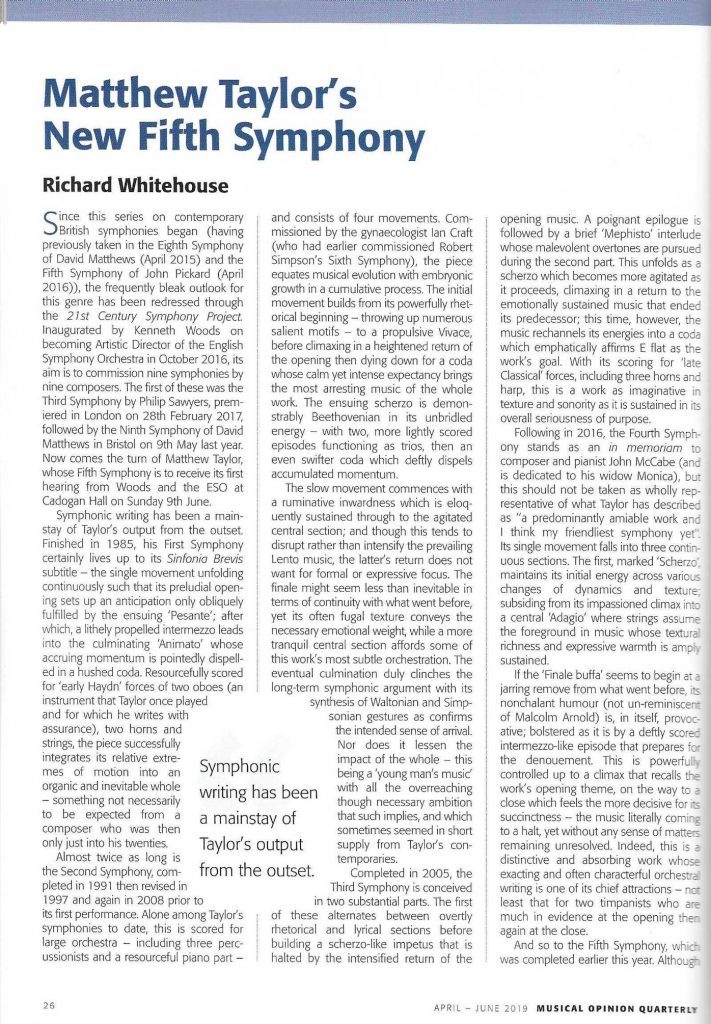 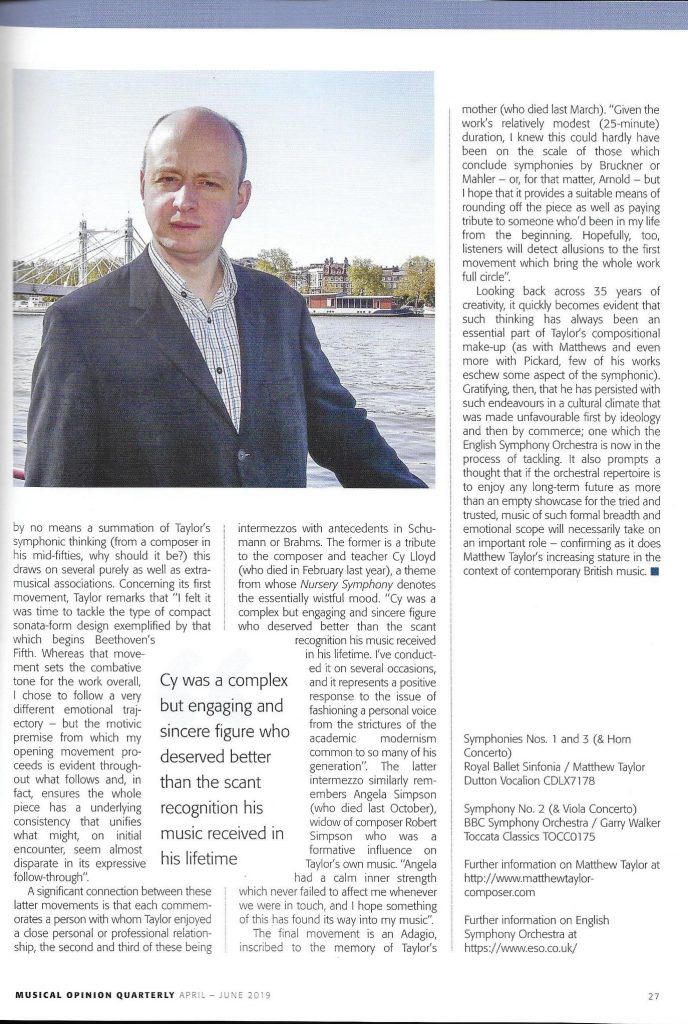