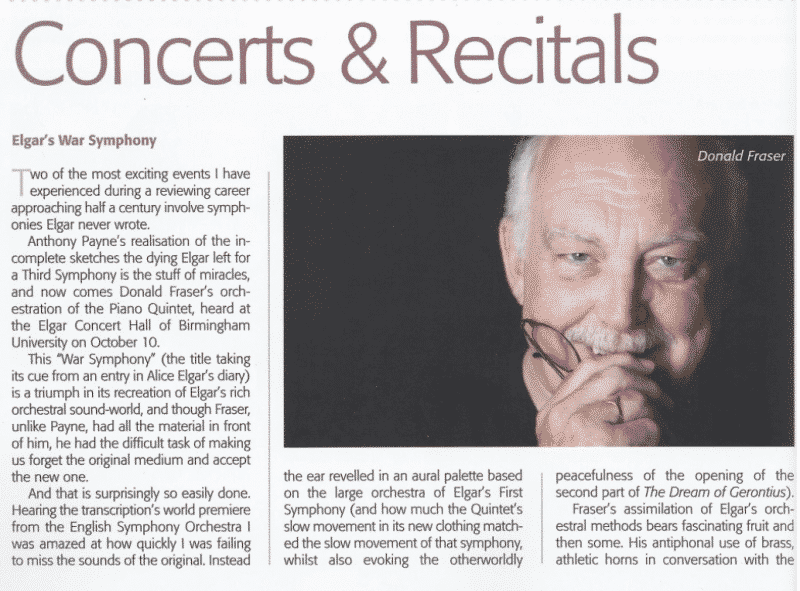 The current issue (January-March 2016) of Musical Opinion Magazine leads off its concert coverage with Christopher Morley’s rave review of the ESO’s October 10 premiere of Donald Fraser’s orchestration of the Elgar Piano Quintet.

The ESO’s recording of this “worthy addition to the Elgar canon” is released on Avie Records in May 2016.