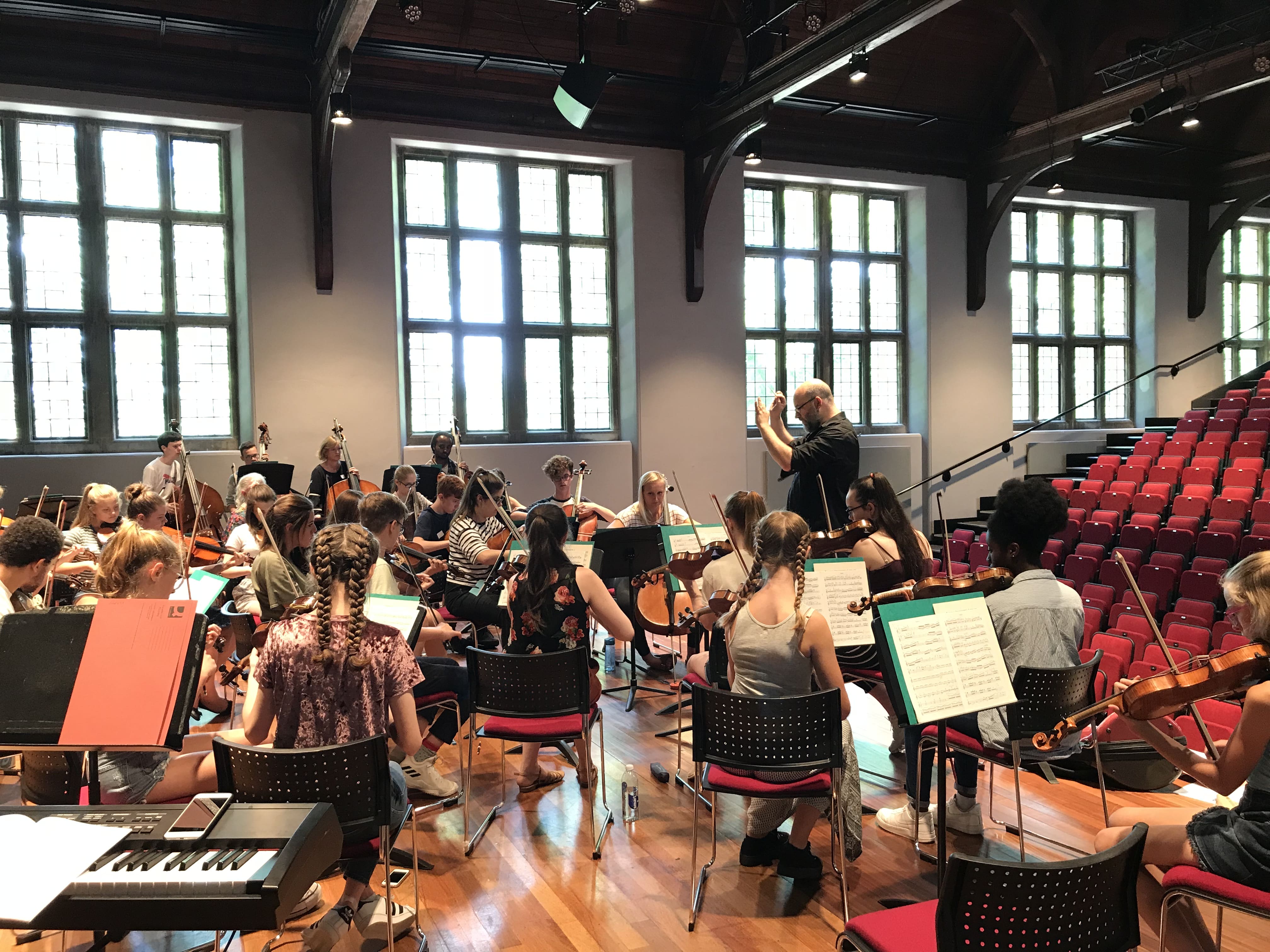 ESO Youth has had one of its busiest summers for quite some time. We held three separate courses welcoming over 100 participants from as far afield as Cheshire, Suffolk, the South Coast and even France! Our Youth Orchestra for advanced level players met for the first time in over a decade and spent a magical two days in the magnificent Routh Hall at Bromsgrove School,
working with Kenneth Woods on Borodin’s Second Symphony and Philip Sawyers’s overture The Gale of Life.

We then moved on to the even more spectacular setting of College Hall at King’s Worcester, for our Beginners and Intermediate Orchestras where everyone enjoyed playing Aaron Copland’s Hoe-Down and the Electric Light Orchestra hit Mr Blue Sky. The two orchestras came together to perform these two pieces in a special pre-concert event at the Swan Theatre, Worcester, before the ESO’s final concert for the 2018 Worcester Festival.

A huge thank you to everyone who supported us this year – children, parents, mentors, audience and ESO players. Our plans for 2018/19 are even bigger and better – visit eso.co.uk/eso-youth to keep up-to-date!