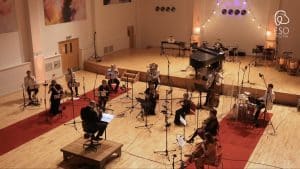 Black History Month: The Art and Evolution of the Rag

On the 28th October 2021, the English Symphony Orchestra continue their acclaimed series of Music from Wyastone Virtual Concerts with a celebration of the Art and Evolution of the Rag in observation of Black History Month in the UK.

Scott Joplin’s Maple Leaf Rag may well be one of the most influential pieces of music written or recorded in the last 150 years. The success of this piece opened the ears of the world to the rhythmic intricacies and syncopations of African and African-American music, and Ragtime went on to influence Dixieland, Jazz, Swing, Rock, Funk, Disco and even Hip-Hop.

Joplin’s genius helped inspire a generation of Black composers in America and among the most important was James Reese Europe. In 1910, Europe established the Clef Club, the first all-Black orchestra in the United States which, at its peak, held over 125 musicians. In 1912, Europe conducted the Clef Club Orchestra in a historic concert at Carnegie Hall with a programme featuring only music by black composers.

Pianist and composer Eubie Blake was one of American music’s most enduring figures, his performing career spanned almost the entire 20th Century and his Charleston Rag remains one of the cornerstones of American music.

Ragtime was eventually surpassed in popularity by a new kind of music which brought improvisation into the mainstream. The self-proclaimed ‘inventor of jazz’, New Orleans-born Jelly Roll Morton, who began as a ragtime pianist, was a pianist of rare ability and a composer and arranger of genius.

The next ESO Digital programme will include a complete performance of Sibelius’ 7th Symphony on the 19th November 2021 (filmed in Spring 2021).