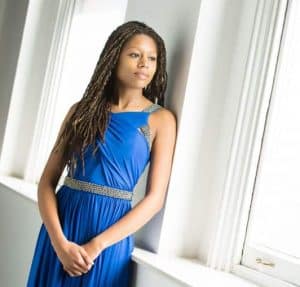 The English Symphony Orchestra begin their year-long celebrations of composer Ludwig van Beethoven’s 250th Birthday with concerts in the spectacular new Routh Hall, Bromsgrove on 31 January and historic Shirehall, Hereford on 1 February. Making her long-awaited debut with the ESO is pianist Isata Kanneh-Mason. Ms. Kanneh-Mason will be performing Beethoven’s Third Concerto. In Bromsgrove, the ESO will couple the concerto with a performance of Beethoven’s Seventh Symphony and Ruth Gipps’ “Cringlemire Garden,” while in Hereford, they will perform Beethoven’s Eighth Symphony and Mendelssohn’s tone poem “The Fair Melusine.”

Isata Kanneh-Mason, the sister of acclaimed cellist Sheku Kanneh-Mason, had a breakout year in 2019. Her debut recording for Decca topped the charts for months and ended up in “year’s best” lists including the New York Times and Classic FM. Her Carnegie Hall debut in recital with Sheku Kanneh-Mason was hailed in the New York Times as “superb New York recital debut.. a triumph.”
“We couldn’t be more excited to welcome Isata for these two programmes. I can’t imagine a more festive or uplifting way to begin our LvB 250 celebrations,’ says Kenneth Woods, the ESO’s Artistic Director who is conducting both performances. “I think it’s extra exciting to hear an artist of her already impressive stature in the intimate settings these two venues offer. In the years to come, I think we won’t have many more chances to hear her so up-close.”
Beethoven’s music has been a constant thread for the ESO since Woods’ appointment as Principal Conductor, and Beethoven’s Second Symphony featured on Woods’ very first concert with the orchestra in 2013. “Because Beethoven’s music is so widely-loved and so frequently played,” says Woods, “it is easy to forget how unbelievably difficult it is, and how challenging it can be to come to a shared point of view about how best to bring it to life. Right from the beginning, I have always felt that he was one composer whose music really clicks for me and the orchestra, and some of the my favourite memories of my time with the ESO involve performances of his works. Of course, that all means I’m really looking forward to taking our Beethoven commitments up a notch for his 250th.”
In fact, the orchestra’s Beethoven performances have quickly attracted national critical recognition. Following their recent performance of Beethoven’s Fifth Symphony in London, the esteemed critic and editor of Musical Opinion, Robert Matthew-Walker called it “one of the best performances I have heard live,” while senior Gramophone Magazine critic Guy Rickards wrote that “this account of Beethoven’s Fifth Symphony was full of insight and energy… indeed, special.” In July, the ESO will be performing Beethoven’s Seventh again at the renowned Three Choirs Festival as a major part of that festival’s contribution to Beethoven’s 250th anniversary.
Opening the concert on the 31st of January is the enthralling nature-portrait miniature “Cringlemire Garden” by English composer Ruth Gipps. “Gipps was, without doubt, one of the most talented British musicians of the mid- 20th C.,” says Woods. “Her music is colourful, lyrical, engaging and attractive. These very qualities were quite out of fashion in her time, when thorny modernism was more the order of the day, and that, combined with her being a strong woman in an insecure man’s world, meant that her music quickly fell into obscurity. It’s so exciting that, thanks to a spate of recent recordings, her legacy is being rediscovered, and I think our Bromsgrove audience will find this a completely captivating musical gem.”
The concert on the 31st also marks the ESO’s debut in the recently completed Routh Hall at Bromsgrove School. “We’re very excited to be partinering with the School for this new series of concerts in Routh Hall. Our work together goes beyond concerts – we held our summer youth orchestra course there the last two years, and Isata is giving a masterclass during her visit, too. Concert venues in our part of the country are a real problem. Between Birmingham and Bristol, which is really the ESO’s home territory, there is hardly a single purpose-built concert hall, which is a bit of a national scandal. Routh Hall, with fantastic sight-lines and wonderful acoustics, has the potential to be a fantastic resource for the whole area.”
On the 1st of Feburary, Kanneh-Mason and the ESO move on to Hereford’s historic Shirehall, one of the ESO’s regular homes since the 1980’s, from which they serve the city as Hereford’s official Orchestra-in-Residence. In addition to Beethoven, the concert opens with Mendelssohn’s vividly evocative The Fair Melusine, a musical depiction of a story not far from that of Disney’s The Little Mermaid. “Mendelssohn was one of histories greatest tone painters,” says Woods. “He could compose a car park at Tescos and make it enthralling. In this case, he came up with a musical evocation of the sea so compelling that Richard Wagner just stole it outright as the depiction of the Rhine which opens The Ring of the Nibelung.”
Tickets are on sale via Bromsgrove School and Eventbrite. Booking details and prices are available at eso.co.uk. 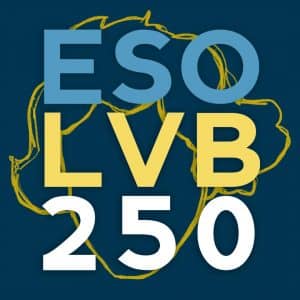