3 April in Malvern Priory: English Symphony Orchestra to bring the true story of one of music’s greatest mysteries to life 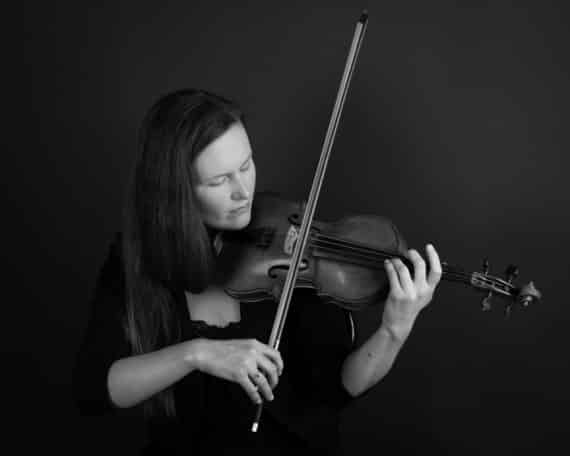 It is a story of a long-lost musical masterpiece, forgotten for generations, and the amazing chain of events which led to its rediscovery and long-overdue premiere. It is a story which includes madness, death, a voice from beyond the dead heard in a séance, and international political intrigue. Could this really be a true story from the normally staid world of classical music, or the plot of a novel?

In fact, it is both, as Malvern audiences will discover when the English Symphony Orchestra bring Schumann’s Violin Concerto to life in a concert a Malvern Priory with violin virtuoso Zoë Beyers on the 3rd of April which also includes Mendelssohn’s much-loved ‘Italian’ Symphony and Mozart’s Overture to the Marriage of Figaro. The ESO will also welcome special guest Jessica Duchen, former music critic for The Independent and a popular novelist, whose novel Ghost Variations is a fictionalised telling of the remarkable story of how Schumann’s forgotten masterpiece was rediscovered.

Schumann’s Violin Concerto was his last major completed work, written for his friend, the violinist Josef Joachim in 1953, just before a collapse in the composer’s health forced him into hospitalisation for the rest of his life. Joachim never performed the work in public and, after his death, the piece was lost and forgotten for many years. It was in in March 1933, during a spiritualist séance in London attended by Joachim’s two grand-nieces, the sister violinists Jelly d’Arányi and Adila Fachiri, a spirit-voice identifying himself as Robert Schumann requested Miss d’Aranyi to recover an unpublished work of his (of which she claimed to have no knowledge) and to perform it. As a result of this intervention from the beyond, Schumann’s manuscript was eventually found, but before it could be performed, there were further episodes of international intrigue between d’Arányi, Yehudi Menuhin and the Nazi government in power at the time who were adamant that the work receive a premiere in Germany by and Aryan soloist.

Duchen’s acclaimed novel tells the story from d’Arányi’s perspective, and she will be reading highlights from the book at a pre-concert talk in the Priory at 6:30 PM. She will also be autographing copies of her book.

The soloist in the Schumann Violin Concerto will be Zoë Beyers, the Leader of the ESO since 2017. Since her solo debut aged eleven with the Swedish Chamber Orchestra under Paavo Järvi, she has performed with many distinguished conductors throughout Europe and Africa. Her 2017/2018 season included Milhaud’s Le boeuf sur le toit (ESO/Woods), Sir Peter Maxwell Davies’ A Spell for Green Corn, Sibelius and Korngold concerti (Norwich Philharmonic Orchestra), in addition to Prokofiev 2 and Walton (Corinthian Chamber Orchestra/Seal).  In 2016 she recorded and filmed Vaughan Williams’s ‘The Lark Ascending’ with the CBSO for Sky Arts and appeared as soloist/director with the BBC Philharmonic. 2018’s BBC Proms saw Zoë lead the BBC Symphony Orchestra under Sakari Oramo and Karina Canellakis, the BBC Philharmonic under Juanjo Mena and give two performances of Stravinsky’s L’Histoire du Soldat with the Hebrides Ensemble. “I’m very excited to play the Schumann with my colleagues in the ESO,” says Beyers. “It’s only in recent years that it has become popular, but it’s such beautiful, heartfelt music.”

Beyers will also be performing “Romanza” a short work for violin and strings by the ESO’s Composer-in-Association, David Matthews as part of the David Matthews in the Heart of England project. It is a work the ESO recorded for Nimbus in 2017 on a disc which earned a 5-star rating in The Times and Recording of the Year from MusicWeb International. The piece reflects Matthews’ concern with reconnecting concert music to its roots in song and dance. “I read an essay by Bayan Northcott in which he points out how rare it is to find the 3/4 metre in contemporary music, whether serious or popular. He suggested that if composers want to do something fresh they should try reviving the waltz. I liked this idea.”

The concert opens with Mozart’s vivacious and witty Overture to the Marriage of Figaro and closes with Mendelssohn’s ‘Italian’ Symphony. “It always feels like there is something emotionally very right about pairing Mendelssohn and Schumann’s music,” says ESO Artistic Director Kenneth Woods, who will conduct the concert, “because they were such close friends and intimate musical collaborators. The ‘Italian’ is simply one of the miracles of music – thirty minutes of joy and perfection.”

Tickets are on sale via eso.co.uk, in person and on the phone from Worcester Live and at the Malvern Tourist Information Centre.

SCHUMANN AND MENDELSSOHN IN GREAT MALVERN PRIORY WITH ZOË BEYERS

Pre-concert conversation with novelist and critic Jessica Duchen at 6.30pm

Since her appointment as Leader of the ESO in 2017, violinist Zoë Beyers has quickly become an audience favourite as a featured soloist. For this concert in the beautiful Great Malvern Priory, Beyers turns her hand to Robert Schumann’s poetic and evocative Violin Concerto, his last completed work. The concert also includes one of Mozart’s most beloved overtures. and the beloved “Italian” Symphony by Schumann’s great friend and frequent collaborator, Felix Mendelssohn. Ms. Beyers will also be performing David Matthews’ beautiful Romanza for Violin and Strings.

Join us at 6.30pm for a very special pre-concert event with author and critic Jessica Duchen,whose bestselling novel about the Schumann Violin Concerto, ‘Ghost Variations’, has been received with world-wide praise. Duchen will share the story of the origin and discovery of this most mysterious of all works, one of music’s great detective stories.

This concert is part of David Matthews in the Heart of England, a year-long celebration of one of Britain’s most important composer on the 75th anniversary of his birth.

Programmes may be subject to change