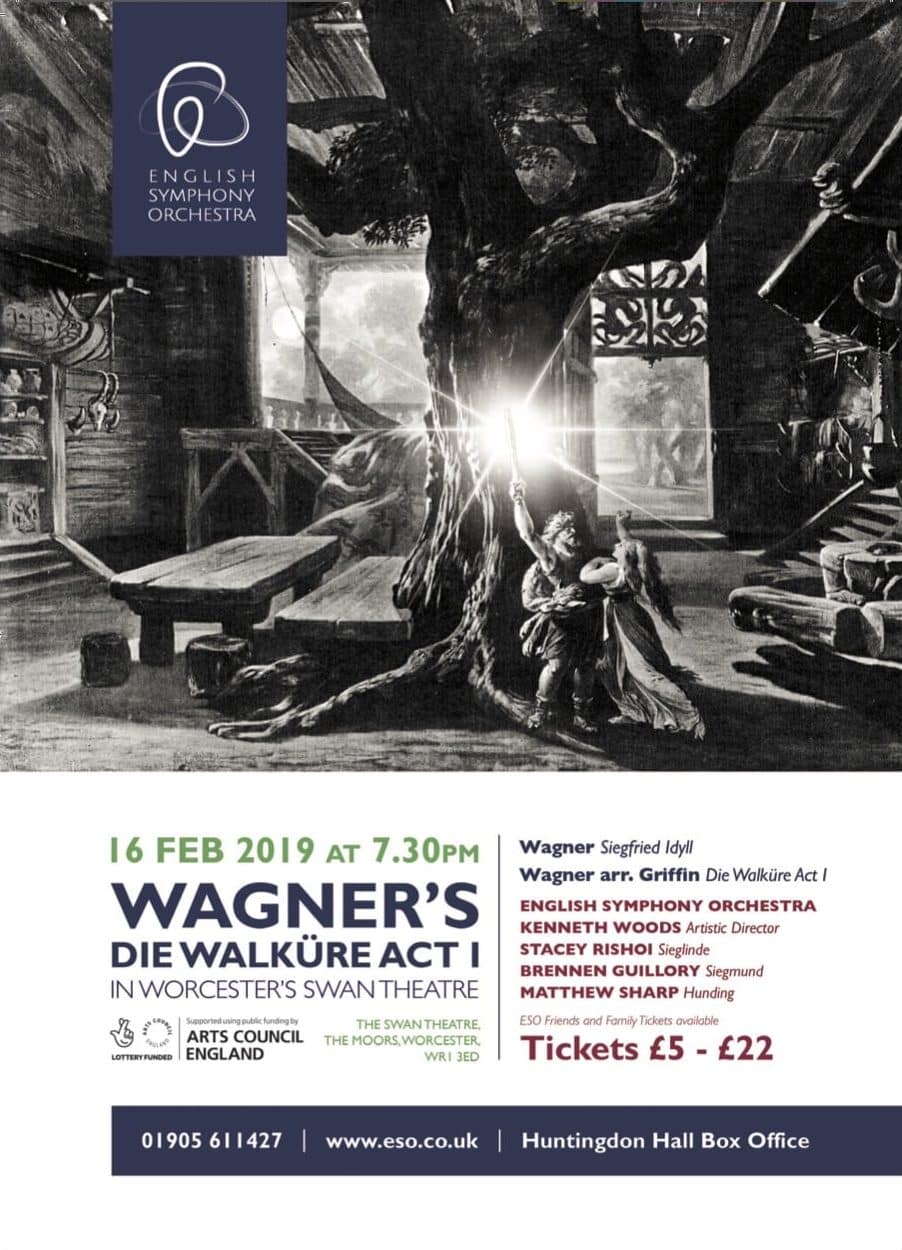 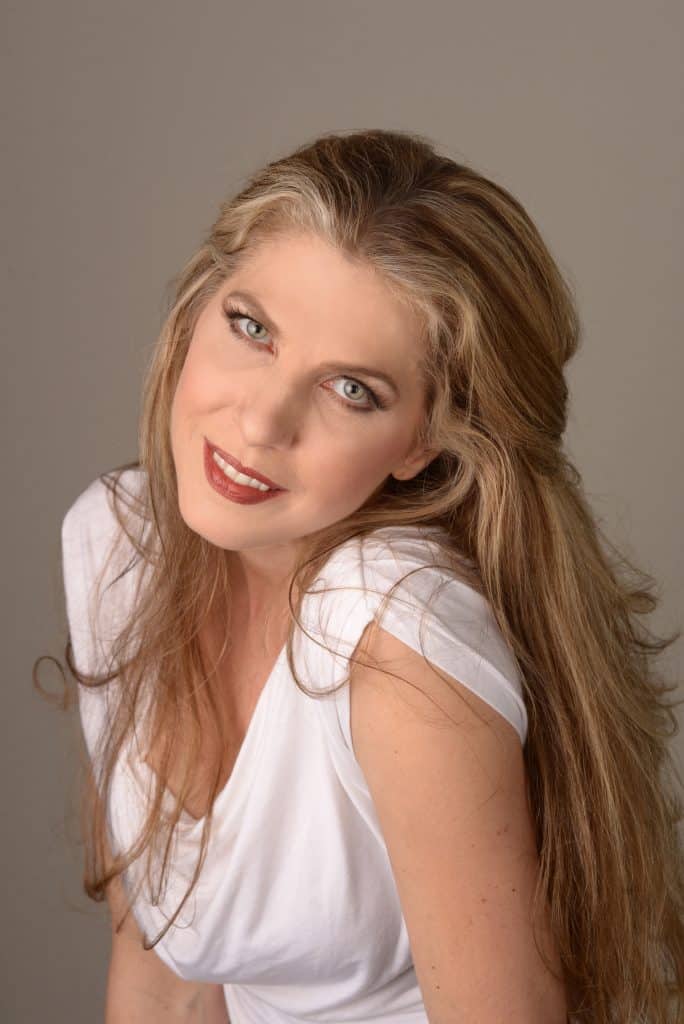 Worcestershire audiences will have a rare chance to hear some of the grandest music ever written, sung by some of the most powerful singers in the world, on the 16th of February, when the English Symphony Orchestra, hailed as the International Orchestra of Elgar Country, perform Act One of Richard Wagner’s opera The Valkyrie (Die Walküre) in Worcester’s Swan Theatre under the baton of Kenneth Woods.

Considered by many to be the most perfect act in all of opera, Act One of The Valkyrie opens the second part of Wagner’s epic Ring Cycle, and tells the story of the arrival of a mysterious stranger in a house haunted by tragedy and violence. “It has everything in it – redemption, love, hope, fear, loss, reunion and conflict,” says Kenneth Woods, the ESO’s Artistic Director since 2015.

Wagner was a composer known for composing epic works requiring enormous musical and technical resources, and his complete Ring Cycle, originally intended to be played over four nights, contains well over sixteen hours of music, and were written for an orchestra of over 100 musicians. In its complete form, The Valkyrie is an opera of nearly four hours duration which forms Part Two of the Ring Cycle.

“There is an inherent contradiction in Wagner’s music between the enormity of its scale and the intimacy of its content,” says Woods. “Act One of The Valkyrie, which is often done by itself, has only three characters, and it all takes place in one room of a house. We thought it would be very powerful to emphasise the intensely personal quality of this drama by bringing it into a smaller theatre where the audience can get much closer to the singers. In most opera theatres, there is a huge orchestra pit between the characters and the audience. Here, the connection is as close as we can make it, with the singers standing in front of the orchestra. Even for an avid opera-goer, this may be the closest one ever gets to sit to a great Wagnerian singer in full flight.”

The ESO have brought together an international cast for this performance. American mezzo-soprano Stacey Rishoi was winner of the 1999 Metropolitan Opera National Council Auditions and the Norman Treigle Award from New York City Opera. Among her many successes are Mahler’s Symphony No. 8 with Leonard Slatkin and the National Symphony Orchestra; Mahler’s Symphony No. 2 with the Pittsburgh and Virginia symphony orchestras; Beethoven’s Symphony No. 9 with Virginia and National symphony orchestras, and her engagement by Kurt Masur and the New York Philharmonic for the world premiere of Michael Torke’s Four Seasons. Ms. Rishoi sings the role of Sieglinde. “Sieglinde’s story is one of self-discovery and renewal,” says Rishoi. “The opera begins with her trapped in a loveless and abusive marriage, and by the end of Act One, the choices she’s made and the actions she’s taken have not only changed her life, they have set in motion the end of the gods themselves.”

Tenor Brennen Guillory sings Siegmund, the mysterious stranger who arrives unannounced in the midst of a terrible storm. Guillory made his UK debut with the Orchestra of the Swan singing Mahler’s Das Lied von der Erde in a performance recorded for SOMM Recordings which has drawn worldwide praise, and he has previously sung Britten’s Serenade for Tenor, Horn and Strings with the ESO in 2014. “Wagner envisioned a new kind of singer to portray the epoch-shaking heroes his music dramas depict,” notes Kenneth Woods. “He wanted his principal tenors to have a power and depth to their voice that was previously unknown in music, hence he described this ideal voice type as a “heroic tenor” (“Heldentenor”). Even 150 years later, real Heldentenors are rarer than an honest used car salesman. There have been times when even the greatest opera houses in the world couldn’t find a true Heldentenor, but Brennen is the real thing, one of only a handful in the world these days.”

Rounding out the international cast is ESO Associate Artist, Matthew Sharp, who sings the role of Sieglinde’s cruel husband, the hunter Hunding. “Hunding is not a sympathetic person at all,” says Sharp. “His relationship with his wife is depicted as being very deeply abusive and manipulative, but he sees himself as an honourable man living by a clear moral code. In the end, Hunding’s respect for the law, rather than his brutality, becomes Siegmund’s undoing.” Sharp is one of the UK’s most versatile musicians, equally acclaimed as a bass-baritone and cello soloist. His recording of music for solo cello and orchestra by Hans Gál with the ESO was a “Disc of the Week” in both The Times and the Guardian and was recently named a “Recording of the Year” by MusicWeb International. 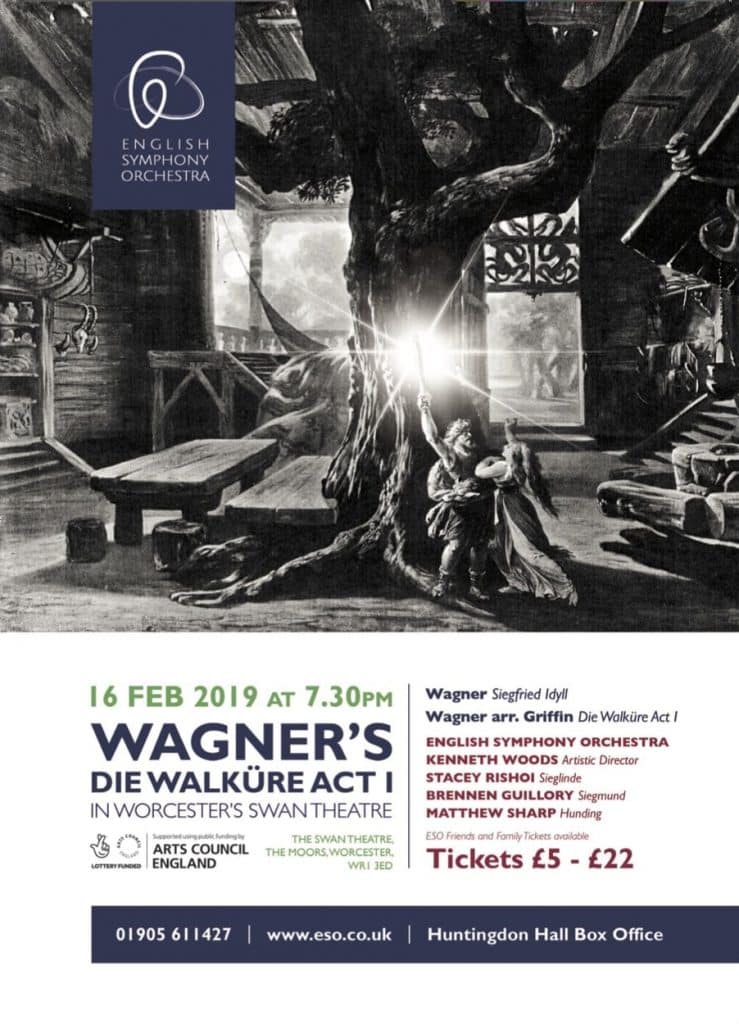 For this concert, the ESO will be using the acclaimed version of Wagner’s score for chamber orchestra by Francis Griffin. “Wagner wrote for a huge orchestra of over a hundred musicians, where Griffin’s version uses about thirty,” explains Woods. “Of course, using smaller forces changes the sound of the orchestra, but while one loses some depth and grandeur, there is possibly more directness and intensity from the orchestra, and more of the vocal colour and nuance of the singers comes through. And the contribution of every player in the orchestra really, really counts.

The first half of the concert sees Wagner in gentler spirits as the ESO musicians play his popular “Siegfried Idyll.” The work was written as a birthday present for his wife, and premiered in a surprise performance at sunrise in their house on her birthday. The work takes its title from the name of their newborn son, Siegfried, himself named after another character in the Ring Cycle: Siegfried, son of Siegmund and Sieglinde.

The ESO is the official orchestra of the City of Worcester and the Orchestra in Residence of The Elgar Festival, and resident orchestra of Worcester Live. This concert is generously supported by Arts Council England and the Bransford Trust.

Sung in German, translations will be available at the concert