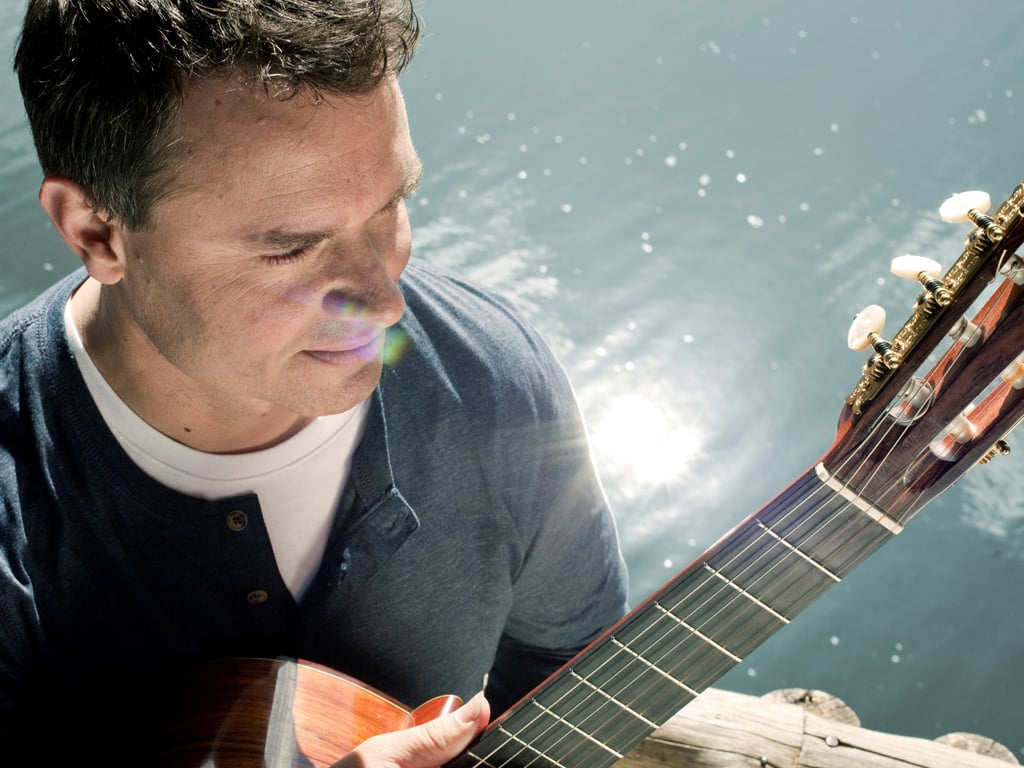 One of the world’s most popular and respected classical guitarists will be joining the English String Orchestra in Malvern Priory on Wednesday 12th February for an engaging programme of music, including Vivaldi’s much-loved Guitar Concerto in D Major. With Valentines Day later in the week, the ESO have programmed a concert with a romantic theme, including the Prelude to Wagner’s epic love story, Tristan and Isolde, and serenades by Josef Suk and Malcolm Arnold. The concert is conducted by the ESO’s Principal Conductor, Kenneth Woods.

“We’re incredibly pleased to welcome back Craig Ogden,” says ESO Artistic Director, Kenneth Woods. “He’s a major artist and a fantastic colleague we all love playing with. To get him here to do the Vivaldi, which is a piece so close to so many people’s hearts, feels like a real coup.”

Complementing Vivaldi’s hugely popular Guitar Concerto is the Serenade for Guitar and Strings by Malcolm Arnold, written for the legendary Julian Bream. “The Arnold is a gem of a piece,” says Woods. “It’s quite suave, sophisticated music – perhaps the kind of serenade James Bond might play outside your window at night if he took up the guitar.”

The concert opens with one of the most famous pieces in the classical repertoire, the Prelude to Wagner’s epic opera about the star-crossed lovers, Tristan and Isolde. Originally written for a 110-piece orchestra, the ESO will be performing the work in a recent arrangement for string orchestra by the orchestra’s new “John McCabe Composer-in-Association”, Adrian Williams.

“We’re so excited to have Adrian Williams as our Composer-in-Association”, says Woods. “He’s one of the finest composers of his generation, and a wonderful pianist, arranger and collaborator. His orchestration of Tristan is just stunning, and we’re thrilled to be performing it in Malvern this month and recording it for Nimbus Records later this year.”

The concert concludes with another Serenade, this one by Czech composer, Josef Suk. Suk was a student, and later the son-in-law, of Antonín Dvořák, and his lyrical musical language is very close to that of his mentor. Suk was also one of the great violinists of his time, and his love and understanding of string instruments shines through in his Serenade, which Suk wrote at the suggestion of Dvořák, and which owed its publication to Johannes Brahms, who liked the work so much he recommended it to his publisher, Simrock.

“The Suk Serenade is one of the highlights of the string orchestra repertoire, and undoubtably one of the most beautiful pieces of music I know of,” says Woods. “This concert will be the first time we’ve done the work since I joined the orchestra, and returning this masterpiece to our repertoire is incredibly exciting.”

Tickets are on sale via Eventbrite and in the Malvern Tourist Information Centre.

Guitar virtuoso, Craig Ogden, has established himself as one of Britain’s most beloved musicians through his best-selling recordings and busy international concertising. He joins the ESO just in time for Valentine’s Day with a concert featuring serenades by Suk and Arnold, Vivaldi’s G minor Guitar Concerto, and the introduction to the greatest of all operatic love stories, the Prelude to Tristan und Isolde by Wagner, arranged for string orchestra by the ESO’s John McCabe Composer-in-Residence, Adrian Williams.