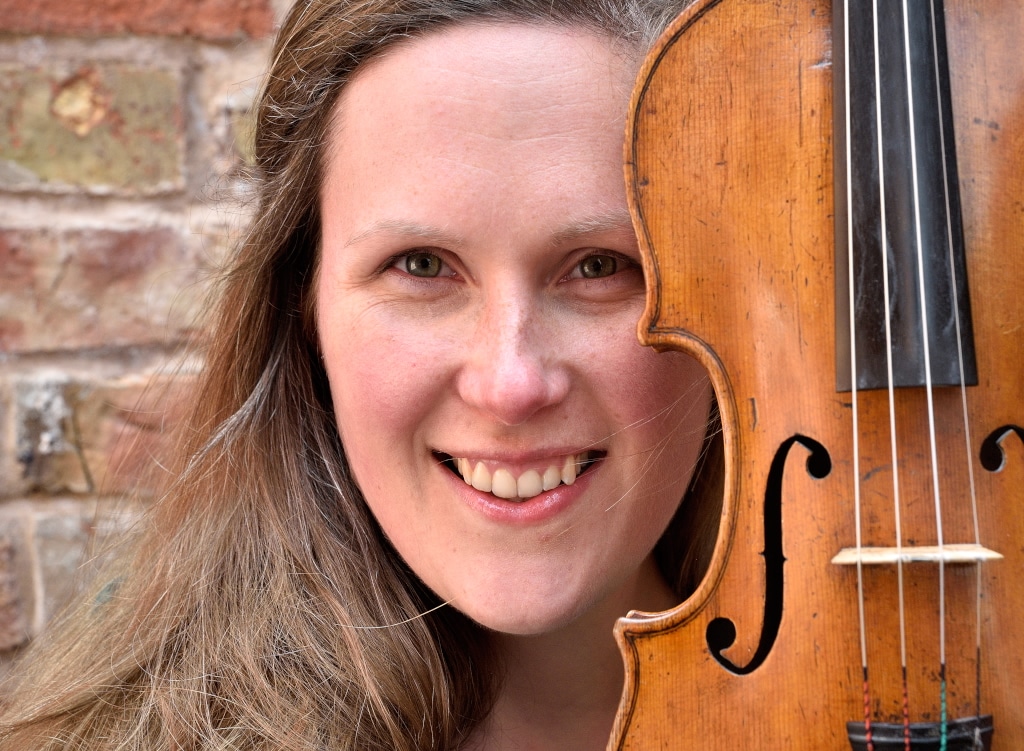 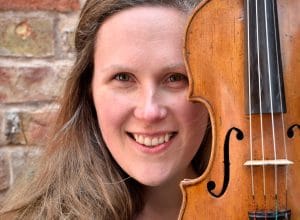 The English String Orchestra, acclaimed as the International Orchestra of Elgar Country, continue their hugely popular series of Malvern concerts on Saturday 4th November with a concert in Great Malvern Priory featuring the orchestra’s newly-appointed leader, Zoë Beyers as both director and soloist. Beyers will be directing a programme of beloved works by Mozart and Elgar and will be the featured soloist in a set of violin showpieces by Schubert and Kreisler. The orchestra will also be joined by their young colleagues in the Worcestershire Youth String Orchestra for a performance of Peter Warlock’s ever-popular Saint Paul’s Suite.

Beyers, a native of South Africa who was appointed Leader of the ESO in March, has already established an international reputation as one of the leading violinists of her. Since her solo debut aged eleven with the Swedish Chamber Orchestra under Paavo Järvi, she has performed with many distinguished conductors throughout Europe and Africa. Zoë has been associate leader of the City of Birmingham Symphony Orchestra and works regularly as guest leader with the Philharmonia, BBC, Scottish Chamber Orchestra and more. “We couldn’t be more excited to have Zoë as part of our team,” says the ESO’s Artistic Director, Kenneth Woods. “In addition to all her musical gifts, she’s really committed to supporting the ESO’s important work with young people.”

This concert sums up everything that lies at the heart of the ESO,” says soloist and director Zoë Beyers, “bringing beautiful music to one of England’s loveliest venues, and collaborating with the fantastic young musicians of Worcester Youth Strings.

In the run up to the 4th November concert, Beyers has been working intensively with the young musicians of the Worcester Youth Strings as part of the orchestra’s involvement as the professional orchestra for the Worcestershire Music Hub. “Of all the ESO’s many achievements and initiative,” said Artistic Director, Kenneth Woods, “our work with young people is among the things we are all most proud of. The ESO is the official orchestra of the Music Hubs in both Herefordshire and Worcestershire and works closely with a huge range of schools, including Hereford Sixth Form College and Kings School, Worcester, to create enhanced musical opportunities for young people across Elgar Country. Our work even extends this year to working with young dancers through Academy Theatre Arts. There is no other orchestra in our region that comes anywhere near having the youth impact that our programmes do, and we’re incredibly pleased to be working with Severn Arts to deliver this project. Working with an inspirational soloist and mentor like Zoë will be an incredible experience for all the participants.”

The ESO ‘s 2017-8 Season has gotten off to an acclaimed start, with two new recordings greeted by rave reviews and popular enthusiasm. “The Art of Dancing” their disc of new trumpet and piano concertos on Signum Records, became one of the top classical streaming discs on Spotify following its release in August, and their latest CD, featuring the Third Symphony of Philip Sawyers on Nimbus Records, as hailed by Gramophone as embodying “Great music, great performances and great sound.”

The concert on the 4th of November is the second in a series of concerts in Malvern Priory and Malvern Theatres this year which was launched to a packed house on the 11th October in a concert featuring a performance of the Schumann Cello Concerto by legendary cellist Raphael Wallfisch drawing a huge ovation from the audience. The series continues on the 15th February when the ESO are joined by violinist Chloë Hanslip for a performance of the Brahms Violin Concerto in Malvern Theatres.