Critical Plaudits for ESO in Hereford 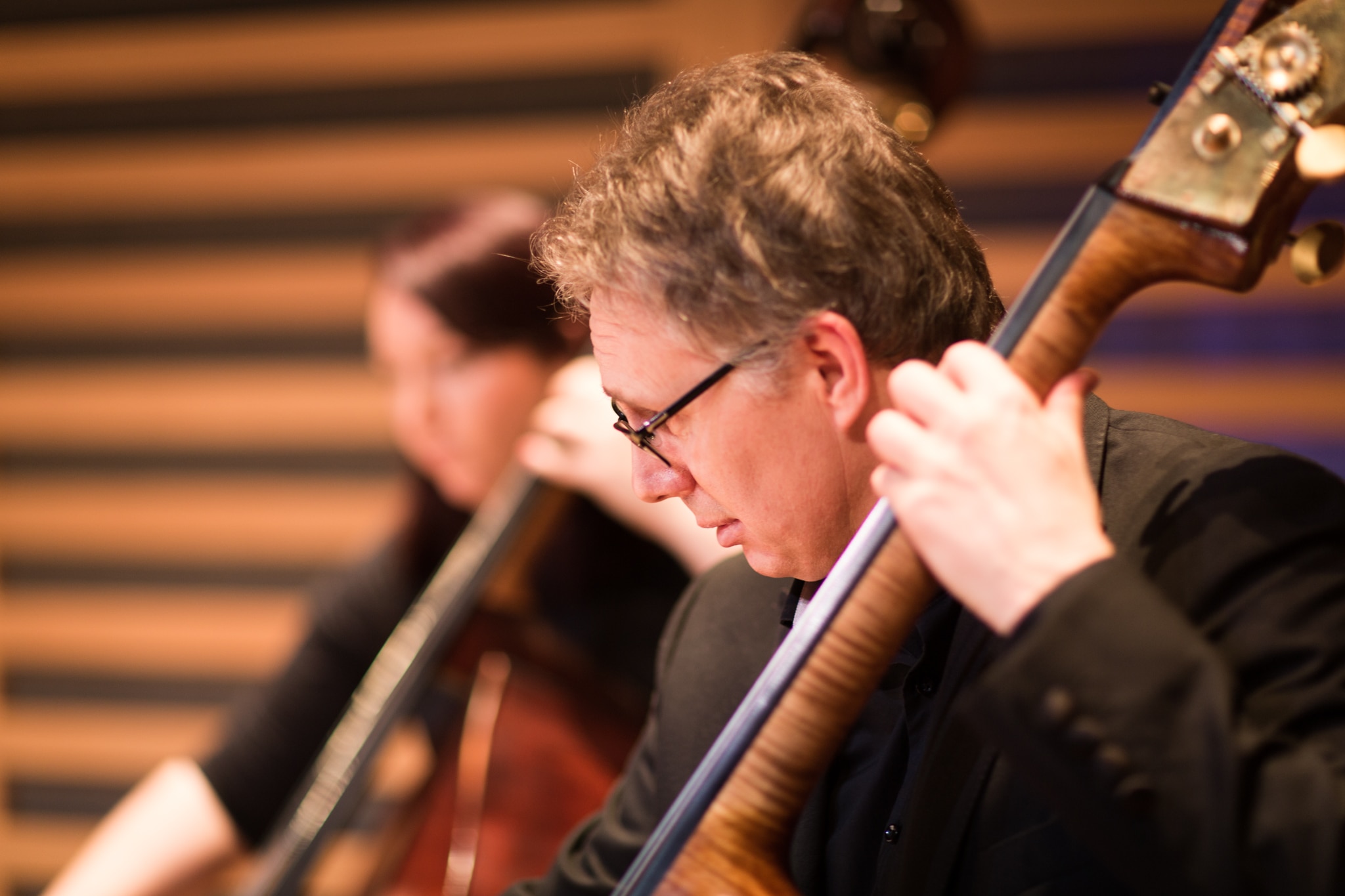 The popular blog “The Classical Reviewer” has published a rave review of the ESO’s 7 February concert in Hereford’s Shirehall.

“Kenneth Woods drew a fine vigorous opening from the orchestra in the Allegro con brio of Beethoven’s Symphony No.3 in E flat major, Op.55 ‘Eroica’ with a crisp incisiveness and a great sense of panache and spirit, a real allegro brio” wrote critic Bruce Reader. “This was a performance of great life and character which brought a real freshness to Beethoven’s vision. Kenneth Woods is clearly achieving fine results with the English Symphony Orchestra.”

The concert opened with the UK premiere of Emily Doolittle’s “green/blue” described by Reader as “an impressive work full of colour and ever evolving ideas.”  Following the Doolittle came a performance of the Mendelssohn Violin Concerto with soloist Alexander Sitkovetsky, who “immediately revealed his beautifully sweet tone in the Allegro molto appassionato of Mendelssohn’s Violin Concerto in E minor, Op.64. Both orchestra and soloist brought a great energy and forward momentum to this spirited performance. The orchestra demonstrated its ability to bring weight yet with great transparency.  Sitkovetsky brought great control of dynamics, a fine rubato and a powerful edge to his lovely tone with some wonderfully fleet passages as well as a beautifully shaped cadenza with moments of fine purity of tone and a beautifully affecting lead up to a quite thrilling coda…This was a very fine performance from this brilliant young soloist with Kenneth Woods and the English Symphony Orchestra on fine form.”

The Hereford Times also covered the concert, giving particular attention to the debut of the ESO’s Orchestral Scholars programme. “THE performance by the English Symphony Orchestra, under the baton of Kenneth Woods. at the Shirehall in Hereford on Sunday, February 7 was an exciting event for a number of reasons. For four Herefordshire youngsters, the concert provided the opportunity to sit and play alongside professional musicians during the performance of Beethoven’s Third Symphony. “It was brilliant to see and to be a part of the routine followed by a professional orchestra,” said Orlando, a member of Herefordshire Youth Orchestra, who was joined in this project by Tara Dudhill (violin) and William Thomson (clarinet), fellow members of HYO, and also by a member of the Academia Musica Orchestra at Hereford Sixth Form College.”

Also noting the “a stunning performance of the famous violin concerto in E minor by Mendelssohn,” the article ends by noting “a great feeling of warmth in the concert hall and it is a delight to see and hear the ESO right on our doorstep.”