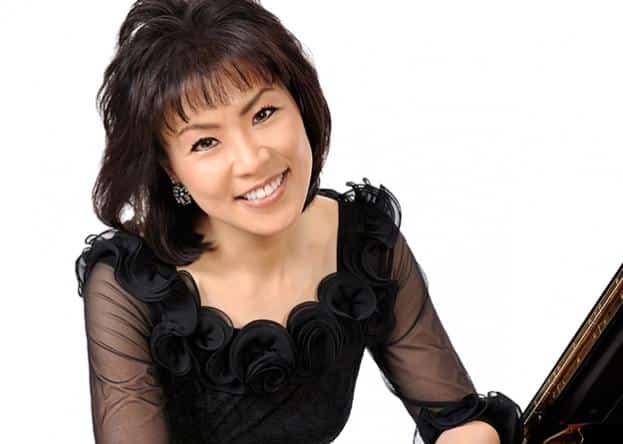 From the July 2020 issue of Musical Opinion

This concert, pairing partitas by Martinů and his sometime pupil and inamorata Vitězslava Kaprálová with Mozart’s 20th Piano Concerto in its chamber/string orchestral version and a newly restored version of Dvořák’s wonderful Serenade for strings, was probably my most eagerly anticipated concert of the preceding six months. (In other words, since the UK concert premiere of Truscott’s Elegy coupled with David Matthews’ Double Concerto in Malvern—reviewed in a previous edition of this journal—given by the same orchestra and conductor; London orchestras, please take note.) It did not disappoint, with the Orchestra in top form under chief conductor Kenneth Woods and with one of the finest pianists currently on the circuit, Noriko Ogawa, on sublime form.

For the majority of the small but enthusiastic audience, the main novelty was undoubtedly the Partita for piano and orchestra composed in 1939 by Kaprálová (1915-1940) which opened the second half. It is a work that wears its seriousness of purpose on its sleeve, clearly bearing the influence of the Martinů of the Double Concerto for two string orchestras, piano and timpani, completed the previous year and not dissimilar in atmosphere to Kaprálová’s music. Martinů allegedly advised his pupil over some details of structure and form but the pupil assimilated rather more than might have been anticipated. The differences are rather stronger than the incidental similarities—not least in its being a concertante work for piano and orchestra whereas Martinů’s has the keyboard more integrated as part of the overall ensemble. Noriko Ogawa gave a compelling account of this vital and invigorating work, relishing the powerful passages as much as the more delicate, expressive writing.

A different side of Ogawa’s musicality was to the fore in the Mozart C major Concerto, K415, given in the composer’s own rather fetching reduction for string orchestral accompaniment. It is a transitional work, by a composer on the threshold of moving this particular genre into previously unimagined structural and expressive waters. The future is glimpsed occasionally in the first movement, more solidly in the gripping finale—especially when played with such verve as by Ogawa and the ESO—though that should not allow a most sensitive account of the central Andante, in F, to be overlooked.

The concert was topped and tailed by two works for string orchestra, one deserving much more exposure., the other a classic in a new editorial version. Martinů’s Partita (1931) is one of a number of works from the start of the 1930s—the Sinfonia concertante for two orchestras of the following year is another—in which one can hear the composer’s orchestral imagination and structural acumen finally merging on equal terms. The result is an invigorating suite neoclassical which does not attempt Baroque of Classical forms. At the close of the concert came Dvořák’s peerless Serenade in E minor, presented here in a new edition restoring some variations previously omitted from the established version. The end result is wholly satisfying, arguably more so than the familiar version, but then as this conductor and orchestra can make the ordinary—not that there was any of that this evening—sound glorious, the extraordinary sound divine. I went home on a musical Cloud Nine.