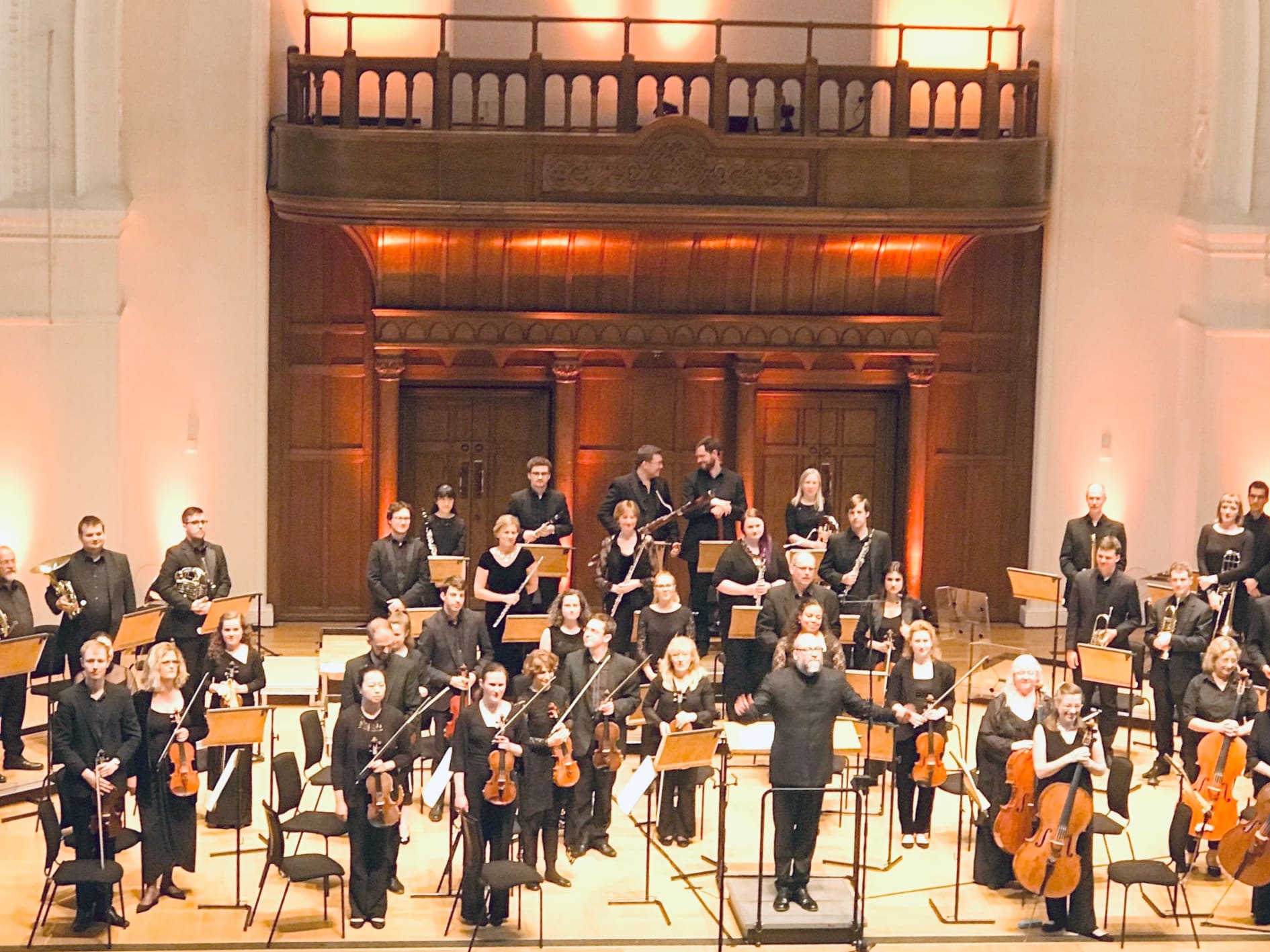 There’s a great review in the upcoming July 2019 issue of Musical Opinion for our recent concert in Cadogan Hall. Be sure to order your copy to read the whole thing when it is published on 5 July.

This was special. For their debut at the Cadogan Hall, Kenneth Woods and the English Symphony Orchestra constructed a fascinating combination of the very new and very, one might say over-familiar….

From the onset of Taylor’s opening Allegro—by his own admission, his first essay at a “concise, vigorous sonata-like Allegro”—two things are immediately recognisable: his distinctive musical voice, rooted perhaps in Beethoven and Nielsen (amongst others) but refracted through the benign yet furioso influence of Robert Simpson (who composed his 11th Symphony for Taylor), and a totally sure sense of symphonic scale….

….The second and fourth movements open with threnodic themes that would not have shamed Mahler, bringing out some fine playing from the strings, plus some quicksilver wind writing (which briefly reminded me of Martinů) likewise delivered immaculately. In the finale, the opening span’s anger is transmuted most eloquently into grief. Divided into two substantial paragraphs, the first seems to have found a form of serenity, albeit shot through with a keen sense of loss, which is then blasted away by the final section which reaches its catharsis in the work’s second timpani cadenza. The close, however, is magical: a lovely, lyrical passage for the quartet of cellos followed by a single snarl from the trombones.

Pavel Šporcl is a Czech violinist of prodigious technical ability and extraordinary musicality and both attributes were put into play in what may just be the finest live account of Mendelssohn’s E minor Concerto I have heard… a very fluent account of the opening movement, taken quite quickly, as was the central span. The speeds, however, seemed perfectly right, with Šporcl in complete command of the work as a whole, the accompaniment throughout beautifully shaped by Woods. There were some lovely instrumental solos from the band, too, particularly from the horns. The finale fair danced along—and at quite a lick, too—in an immaculate performance that was deservedly rewarded by sustained applause. Šporcl rewarded the audience with a brief encore of Paganini’s 5th Caprice.

It takes a master conductor to find new things to say in the most over-exposed music, but this account of Beethoven’s Fifth Symphony was full of insight and energy—and with all the repeats. The driven opening Allegro peaked exactly as it should, perfectly paced by Woods to heighten one of the most intense passages Beethoven composed, and was followed by an eloquent Andante con moto in which the ‘con moto’ was fully emphasised. The scherzo and finale were again paced superbly, the finale opening fast and concluding with a Presto of complete conviction and assurance of execution. This was, indeed, special.