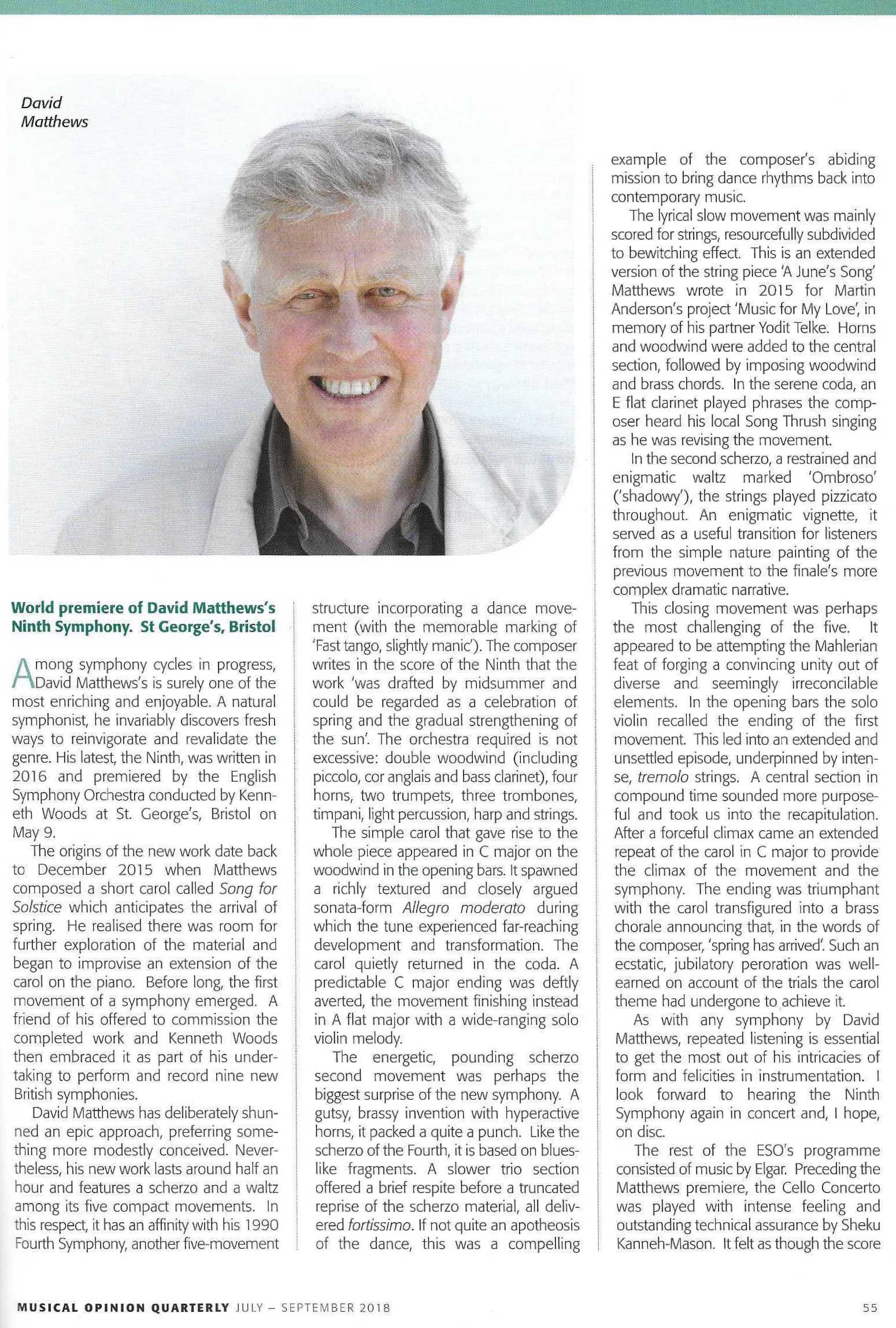 The current issue Musical Opinion includes a rave review from Paul Conway of our recent St George’s Bristol concert, including the second work in our 21st Century Symphony Project, the Ninth Symphony of David Matthews. Also on the programme were two works by Edward Elgar, Donald Fraser Composer‘s epic orchestration of the Piano Quintet and the Cello Concerto with Sheku Kanneh-Mason.

“…this was a compelling example of the composer’s abiding mission to bring dance rhythms back into contemporary music.”

“The ending was triumphant, with the carol transfigured into a brass chorale announcing that, in the words of the composer, “spring has arrived. Such an ecstatic, jubilatory peroration was well-earned on account of the trials the carol theme had undergone to achieve it.”

“…the Cello Concerto was played with intense feeling and outstanding technical assurance by Sheku Kanneh-Mason. It felt as though the score were being recreated before us, so personal and eloquent was the interpretation…The ESO were also impressive, both in their attention to detail and in their ability to outline clearly the composer’s large-scale structures in the context of so spacious a conception of the work.”

“After the interval came a rare chance to hear live in concert Don Fraser‘s persuasive and notably Elgarian orchestral realisation of the Piano Quintet. Kenneth Woods, conductor and his players showed disarming spontaneity and warmth in a score they recorded and premiered and have well under their fingers and in their blood.In Fraser’s sensitive instrumentation, the Adagio emerged as one of Elgar’s greatest symphonic slow movements.”

“In a typically venturesome programme, the English Symphony Orchestra gave their all and thoroughly deserved the sustained ovation they drew from a delighted capacity audience.”

Thanks to Arts Council England and the Bransford Trust for supporting this concert! 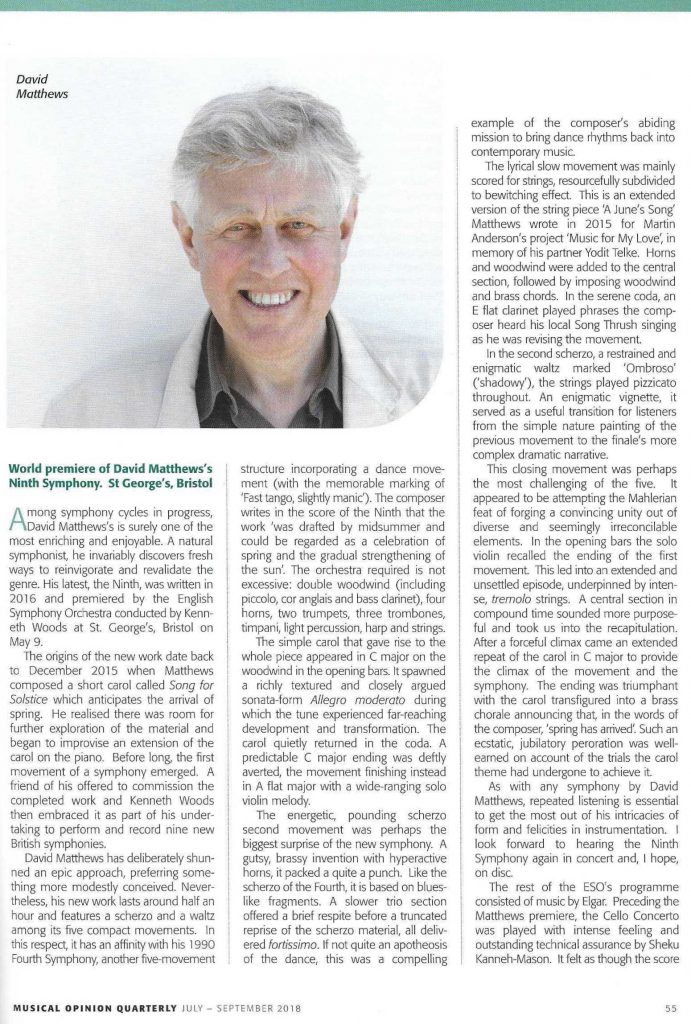 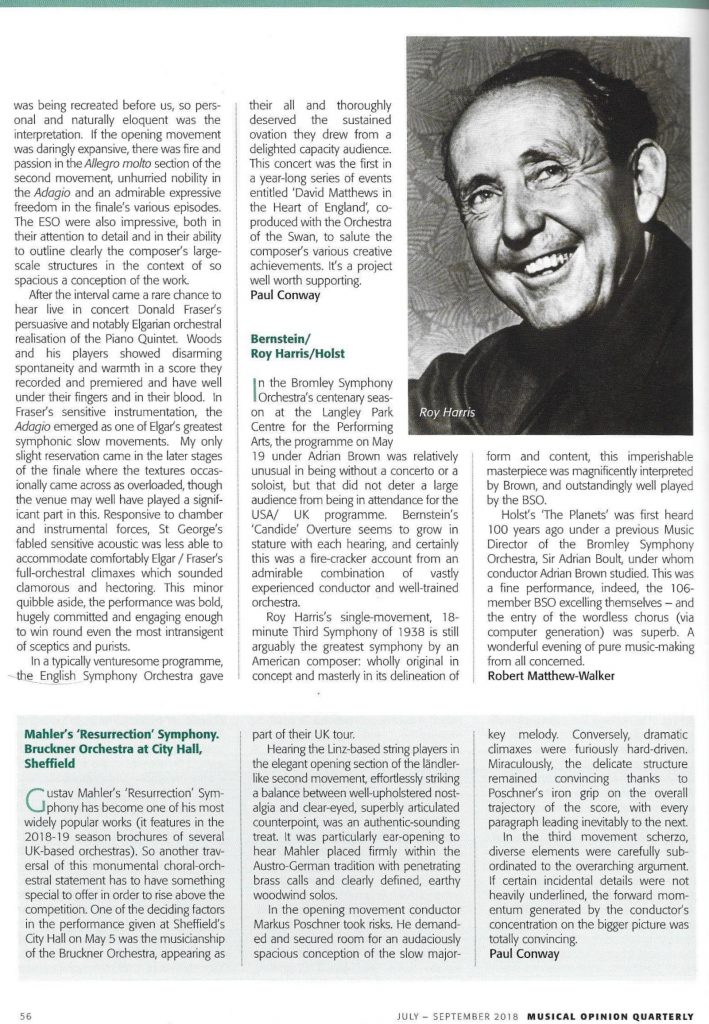 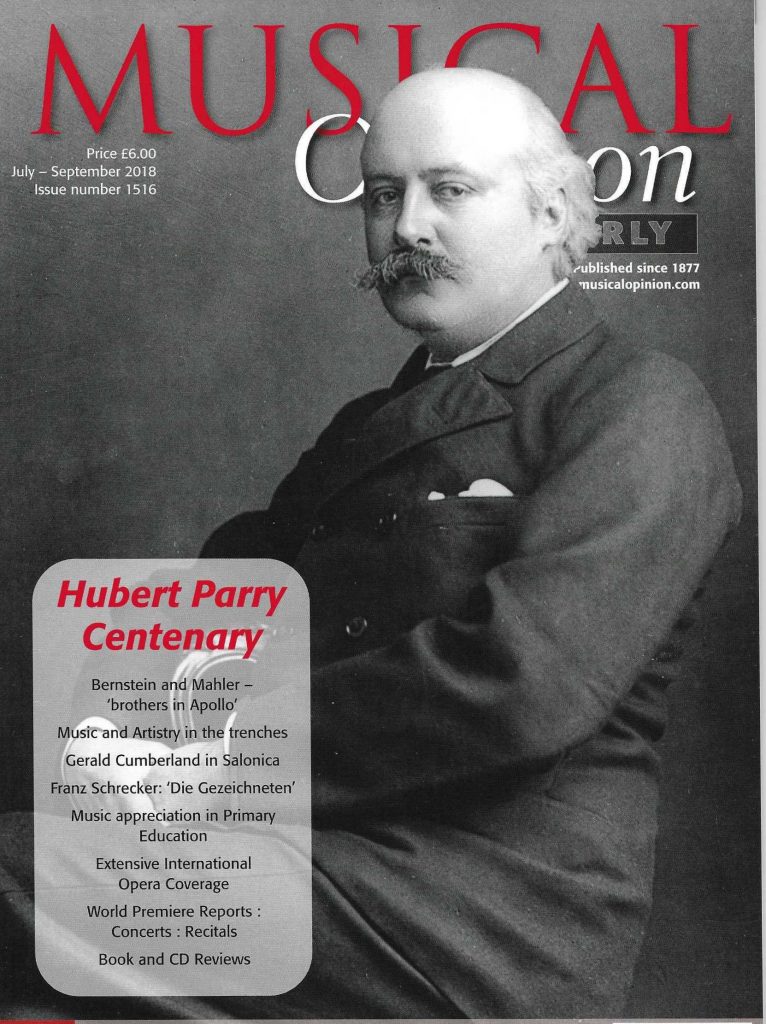