The English Symphony Orchestra’s Music from Wyastone series of virtual concerts, hailed by the critics as “one of the most innovative initiatives of the Covid era” continues on the 26th of February with the first of several planned Composer Portrait concerts focusing on the work of the American composer Steven R. Gerber, who passed away in 2015. The concert features guest violin soloist Emily Davis and is conducted by Kenneth Woods, the ESO’s Artistic Director. 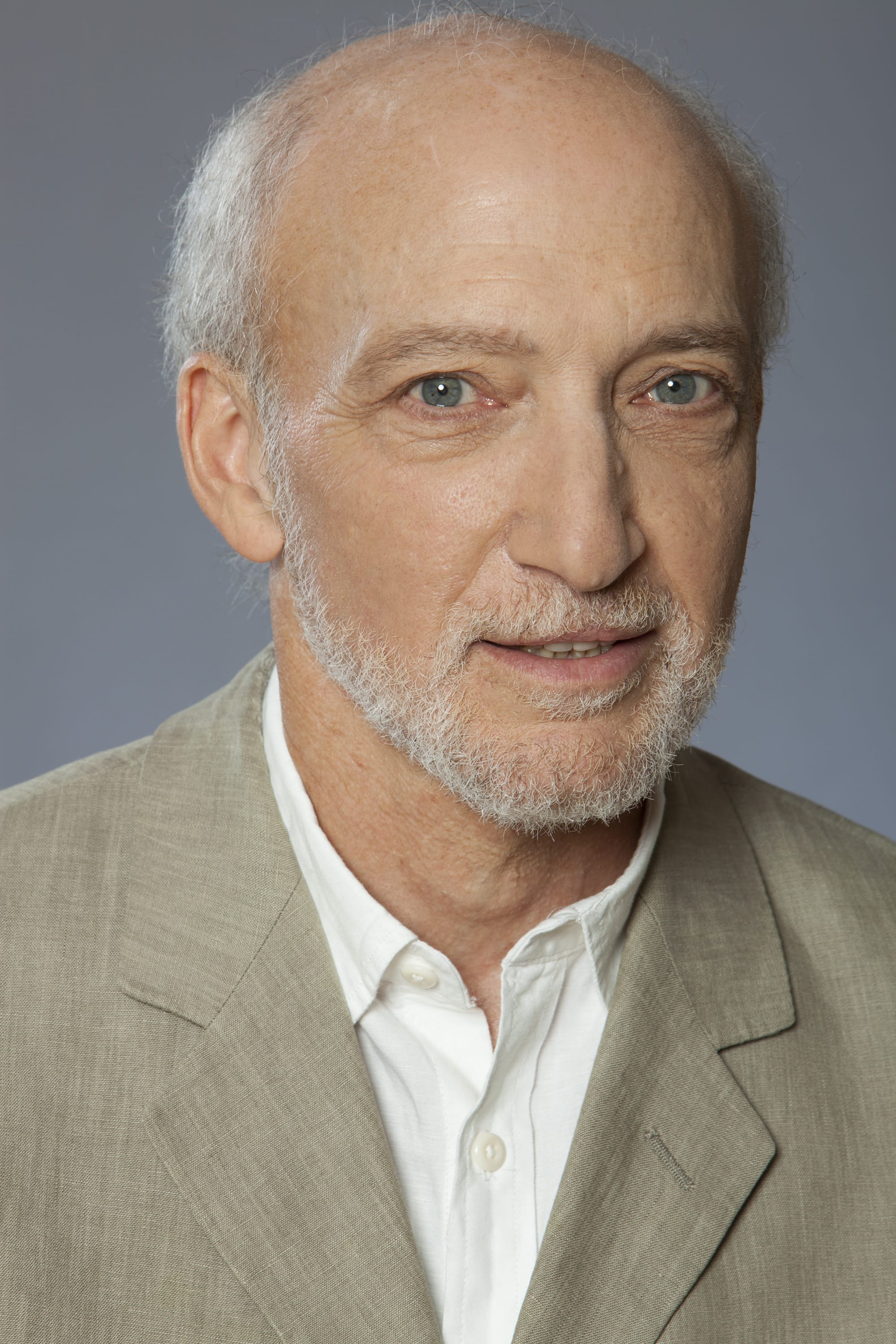 “The Composer Portrait series has been a key part of our aspirations for Music from Wyastone since we first began looking at the viability and usefulness of online concerts,” said Kenneth Woods. “From the start, we’ve been determined that during this difficult time we focus on making a meaningful contribution to the broadening of our repertoire and to introducing new and more varied concert formats. Steven is one of several composers who we think our audiences will come to treasure once they get to know his music, and it’s so exciting be able to present a concert like this, which really shows the breadth of his musical vision.”

Steven R. Gerber was born on September 28, 1948 in Washington, D.C. He held degrees from Haverford College and from Princeton University, where he received a 4-year fellowship. Steven’s music composition teachers include Robert Parris, J. K. Randall, Earl Kim, and Milton Babbitt. His early works were in a free atonal style, incorporating serial and non-twelve-tone languages into a distinctive and deeply personal sound world. During his years as a graduate student at Princeton and throughout the 1970’s, he wrote a number of stunning compositions, such as the a cappella choral works Dylan Thomas Settings and Illuminations (Rimbaud). Beginning in the early 1980s, he abandoned twelve-tone and atonal composition, with rare exceptions, and his music became much more tonal while still retaining the expressive elements of his earlier works.

Steven’s music gained international attention as a result of recorded CD releases featuring several of his major works for orchestra as well as concertos. His Symphony No. 1, Dirge and Awakening, the Viola Concerto and Triple Overture were recorded by the Russian Philharmonic Orchestra under Thomas Sanderling on the Chandos label.

The ESO were excited to give the first performances of his two Sinfoniettas for Orchestra and his two Sinfonias for String Orchestra and his Two Lyric Pieces for Violin and Strings. The Sinfoniettas and Sinfonias are compelling arrangements of Gerber’s chamber music by composers Adrian Williams and Daron Hagen, commissioned by the Steven R. Gerber Trust. 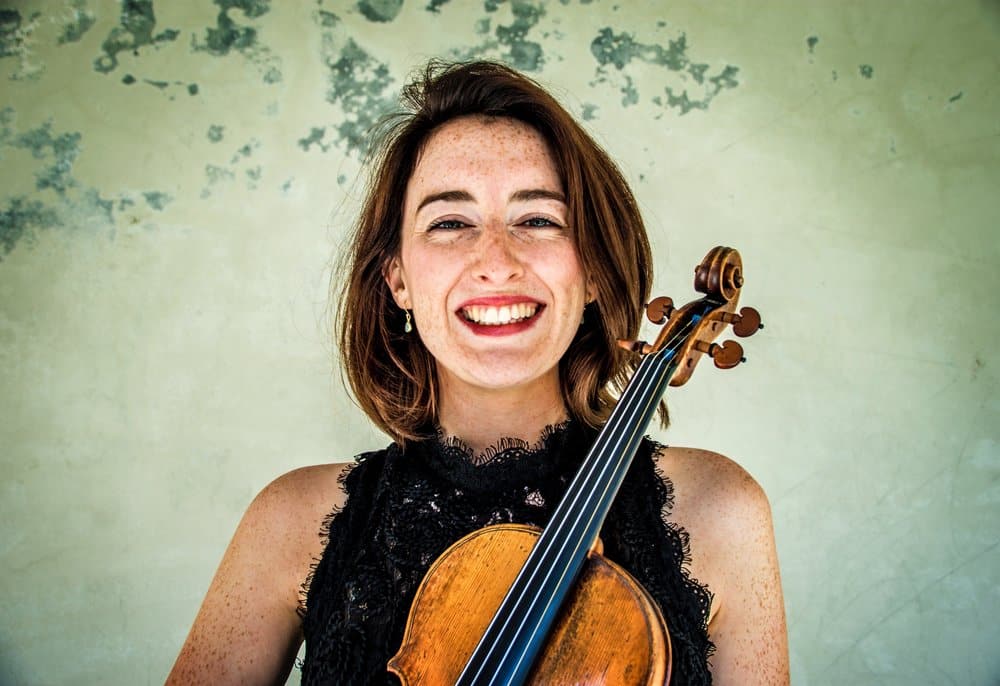 Violinist Emily Davis guest leads the programme and appears as soloist in Gerber’s evocative Two Lyric Pieces for Violin and Strings. Solo performances have taken Emily Davis to festivals and venues across the world. Recent highlights include Arvo Pärt’s “Fratres” with conductor Vasily Petrenko at the Pärnu Festival in Estonia; Piazzolla’s “Four Seasons” at the Bergen International Festival; the Cuban premiere of Vaughan Williams’s “Lark Ascending”; Szymanowski’s Concerto No.2 with the Ålesund Symphony Orchestra (Norway), and both Prokofiev’s Concerto No.1 and the Tchaikovsky Violin Concerto with the Wimbledon Symphony Orchestra and Outcry Ensemble in London. She has broadcast live as a soloist on British (BBC), Estonian, Romanian, Cuban and Irish (RTÉ) radio stations.

Daron Hagen has orchestrated Gerber’s Piano Quintet as Sinfonietta No. 1 His music is performed worldwide, from the UCCA Center for Contemporary Art (formerly Ullens Center) in Beijing to the Louvre in Paris, the South Bank in London to Lincoln Center in New York City, and from Suntory Hall in Tokyo to McCaw Hall in Seattle. Commissioned by the New York Philharmonic, Seattle Opera, and The Philadelphia Orchestra, among many others, his catalogue includes eleven operas, five symphonies, twelve concertos, dozens of instrumental works, and over 300 art songs and cycles. His 2020 FilmOpera Orson Rehearsed, which will be released on Naxos Records in March 2021, is presently garnering laurels at film festivals worldwide.

The other three new orchestrations on the programme are by the ESO’s John McCabe Composer-in-Association, Adrian Williams, who will also be the subject of a Composer Portrait later in 2021. Hailed by former ESO Principal Guest Conductor Yehudi Menuhin as “a master of intricate patterns and forms,” Adrian Williams was born in 1956 and showed precocious talent at the piano from the age of four when he began spontaneously improvising. A Leverhulme scholarship enabled him to continue at the RCM until 1978, the year he won the international Menuhin Prize for composers. Over several decades he has fulfilled many works and arrangements for the Amsterdam Sinfonietta and its charismatic leader Candida Thompson, including Migrations for 22 solo strings dating from 1998 and a new Concerto for Strings in one movement, jointly commissioned with the Presteigne Festival. Among his arrangements for the Amsterdam Sinfonietta are versions for string orchestra and baritone of Beethoven’s An die ferne Geliebt and Butterworth’s A Shropshire Lad made for the great American baritone Thomas Hampson.

In addition to Adrian Williams, future Composer Portrait concerts will focus on the music of Emily Doolittle, James Francis Brown and Philip Sawyers.

All ESO virtual concerts are available at ESO Digital (eso.co.uk/digital/), where ESO supporters have access to the full ESO online archive.