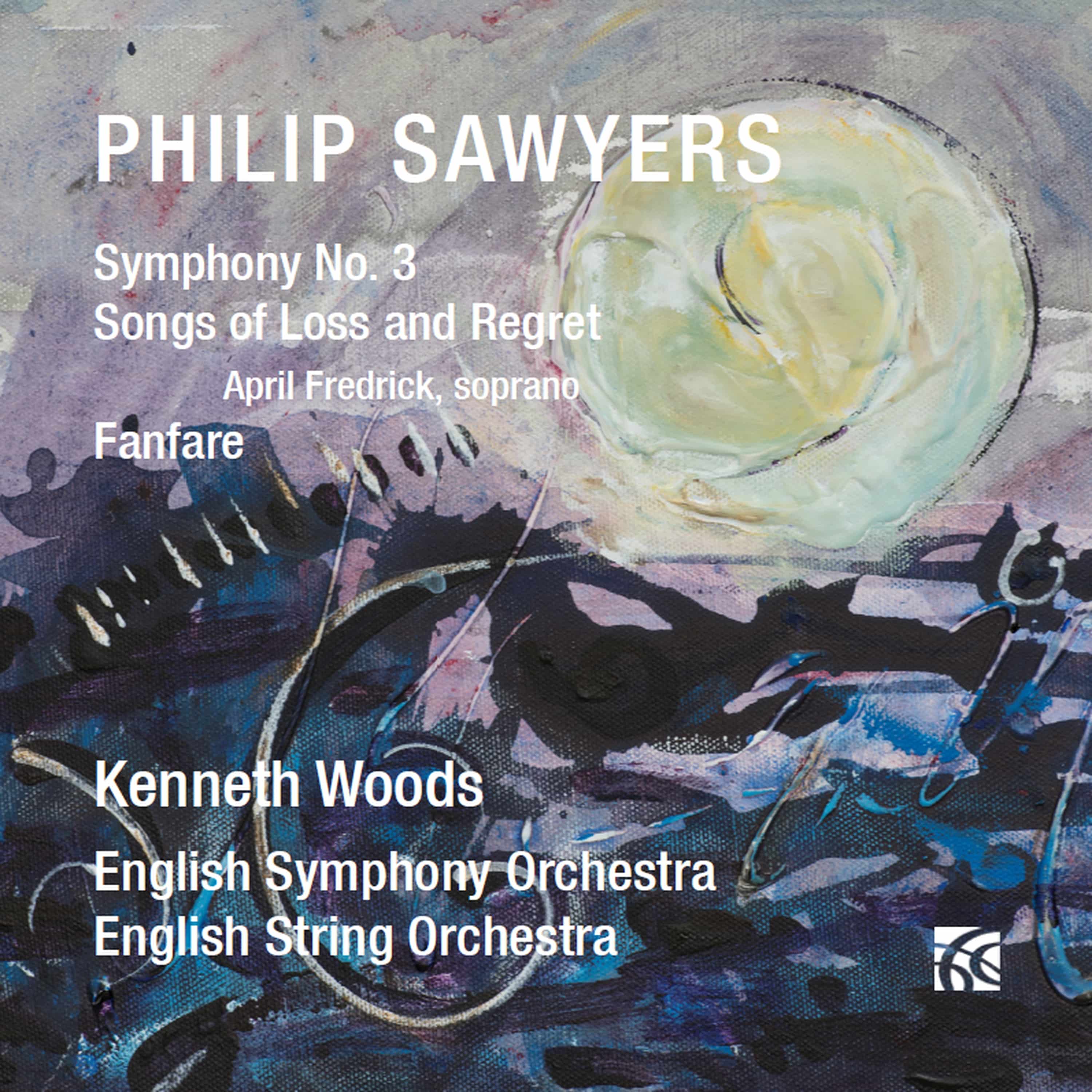 David DeBoor Canfield first reviewed music by Philip Sawyers in Fanfare 35:2, writing positively about Sawyers’s First Symphony and other shorter works. Robert Maxham enthused about two violin sonatas in 37:5, and Phillip Scott found a great deal to admire in the Second Symphony and Cello Concerto (39:1). This is a bandwagon I am happy to join.

Although the 38-minute Symphony No. 3 is the main work on this disc, the initial strongest impression was made by the Songs of Loss and Regret, a 2013 cycle of eight songs set to poems of A. E. Houseman, Tennyson, Wilfred Owen, Thomas Gray, William Morris, with one text drawn from the Apocrypha. The cycle is 24 minutes long, and profoundly moving, especially in these beautifully sung performances by April Frederick. Scored for soprano and string orchestra, they inhabit a musical landscape somewhere between Strauss, Mahler, and Berg. “Futility,” set to a text by Wilfred Owen that Britten used in the War Requiem, is stunning in its impact. This cycle should develop a life in the concert hall, occupying the same place on symphonic programs currently filled with Berg’s Seven Early Songs, or perhaps Mahler songs.

The Third Symphony took me a few more hearings to embrace. It is denser, more harmonically adventurous, and more complex than the songs (or than the first two symphonies, for that matter). There are some clear influences to be heard (the Adagio begins as does the finale of Mahler’s Ninth, to give one obvious example), but it would be unfair to say that this sounds like anyone else. It seems to be a symphony about struggle, with tension running very high in a dramatic first movement followed by an intensely personal Adagio that is the centerpiece (and the longest movement). After its Mahlerian opening, this slow movement seems to move in the direction of resistance to the turbulence of today’s world but ultimately, not unlike Mahler’s Ninth, a sense of resignation. However, whereas in Mahler’s case that is the last movement, here it is the second of four, and the struggle resumes in the last two, nervously in the third, dramatically in the fourth. Conductor Kenneth Woods, in his excellent notes, points out the sense of triumph, or victory, that is hard fought but ultimately comes in the end. The performance, as one would expect from the conductor to whom it is dedicated, is impassioned and very well played and recorded. This is a work that rewards repeated and attentive hearings.

Fanfare is just what you would expect from the title: an almost-four-minute fanfare featuring the brass. It has more substance and musical development than many fanfares, and would make a terrific concert opener on a symphonic program.

This disc will provide satisfaction to adventurous listeners with a sense of curiosity and willingness to explore the new and unfamiliar. I have returned to it quite a few times and found growing pleasure in the experience. Henry Fogel