ABOUT THE ESO’S ‘ART OF STORYTELLING’ PROJECT

About the Piece - The Bremen Town Musicians

David Yang commissioned The Bremen Town Musicians for Auricolae in 2008. It has since been taken up by other ensembles across the country, as far away as Australia and Qatar, and in the Philadelphia Orchestra “Our City, Your Orchestra” 2021 chamber music series. In 2016 the conductor Kenneth Woods, who as cellist performed and recorded Bremen with Auricolae, asked me to orchestrate it for his English Symphony Orchestra. I’ve adapted the Brothers Grimm story for my libretto, changing none of the salient features of this tale of four animals who, seeking fortune in the far city of Bremen, fall among thieves, outwit them, and find their good fortune as friends together, never arriving in Bremen.

About the Narrator - Gemma Whelan 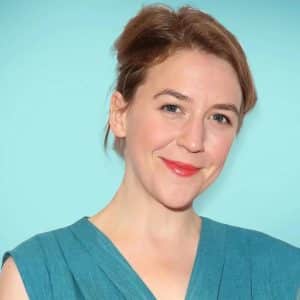 About the Composer - Kile Smith

Grammy-nominated composer Kile Smith has gained international acclaim through a distinguished string of commissions. Gramophone called his Vespers “spectacular” and Audiophile Audition, “easily one of the best releases of the year of any type… a crime to pass up.” Ten CDs with his music have been released since 2018. The Arc in the Sky with The Crossing received a 2020 Grammy nomination for Best Choral Performance, and his Canticle with Cincinnati’s Vocal Arts Ensemble helped win the 2020 Best Classical Producer Grammy. The Philadelphia Orchestra featured The Bremen Town Musicians in their 2021 “Our City, Your Orchestra” chamber music series. His first opera, The Book of Job, will premiere in multiple cities in the 2022/23 season.

ABOUT MUSICAL STORYTELLING: ZOË BEYERS IN CONVERSATION WITH DAVID YANG AND KENNETH WOODS

The English Symphony Orchestra reaches the concluding instalment of its series for virtual storytelling with one of the most appealing fairy tales – The Bremen Town Musicians, here given in a discreetly updated version which preserves its salient narrative and robust charm.

Maybe through its specifically German setting, what is among the more life-enhancing tales by the Brothers Grimm has never enjoyed the popularity of various other such stories (those who remember an enticingly illustrated version published by Ladybird in the 1960s would no doubt disagree!). The more reason, then, why it should not find renewed currency today – not least with the assistance of this online rendering, which has been vividly and imaginatively illustrated by students from Chadsgrove School in the Worcestershire town of Bromsgrove.

The story is breezily and resourcefully told by Gemma Whelan, assuming a variety of accents and intonations to differentiate those characters – donkey, dog, cat and cockerel – who defy imminent demise to become travelling musicians on a journey to Bremen that (at least in this version) they never reach. Their travails and unlikely victory over a band of rural robbers is underpinned with a score by Kile Smith whose echoes of Stravinsky, Hindemith and lesser-known but worthwhile figures such as Walter Piston is effectively geared to events at hand

The ESO musicians play with style and assurance, while Kenneth Woods ensures poise and humour – not least in several meaningful ‘wrong entries’. The overall presentation is sure to win this story new friends and, as usual, a range of sundry material enhances the experience.